Birds of the Dawn 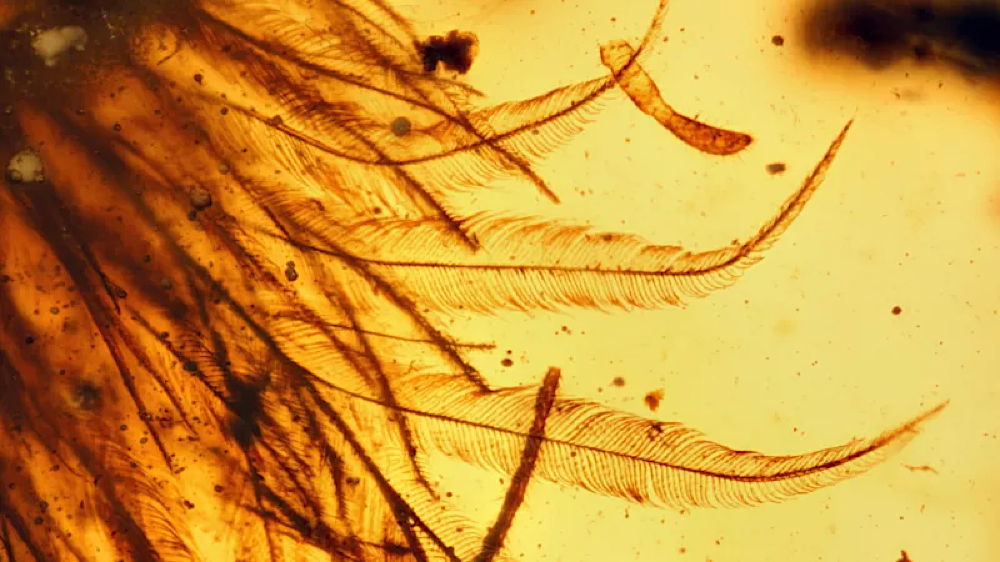 First Dinosaur Tail Found Is Preserved in Amber and Covered in Feathers: The piece—which is about the size of an apricot—had already been partially shaped into an oval by a jeweler.

Rather than damage their research, this actually helped them analyze the cross section of the tail, where they discovered remnants of iron deposits found in dinosaur soft tissue. The sample dates to the mid-Cretaceous Period, some 99 million years ago. And the feathers? While the first fossil evidence of feathered dinosaurs was found in the 1990s, the 1.4-inch preserved appendage is the first time scientists can clearly associate plumage with these extinct creatures. Based on the tail’s structure, it’s believed that it belonged to a juvenile coeleosaur. Coleosaurs are a group of theropod dinosaurs that includes everything from tyrannosaurs to modern birds. — My Modern Met

The Creation maybe mysterious in that much is yet to be revealed but is not a secret. It is pervasive and profound. Just look around. Where did the dinosaurs go when they became extinct? Into the sky. If you wish to see the dinosaurs today, look up.