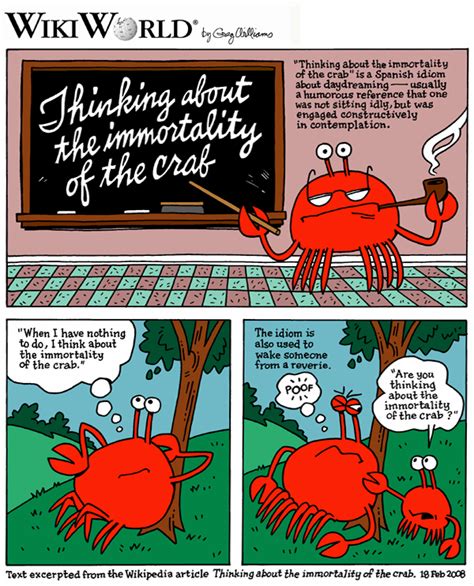 Pensando en la inmortalidad del cangrejo is Spanish for Thinking about the immortality of the crab . Something I spend a lot of time doing while weaving these daze. And while pondering the crab I don’t think I’ve become The Dude but I can certainly feel myself oozing towards the tell-tale moment when I find myself shopping in my pajamas. Lord knows many of my fellow citizens think this is acceptable attire to cover their tattoos. After all, I’ve shopped at the Ralph’s at night and lived just a few blocks from that creepy condo courtyard. And yes I have owned such a shabby bathrobe but in forest green.

On the other hand maybe I’m just another Man With The Blue Guitar.

The man bent over his guitar,
A shearsman of sorts. The day was green.

They said, ‘You have a blue guitar,
You do not play things as they are.’

The man replied, ‘Things as they are
Are changed upon the blue guitar.’

And they said then, ‘But play, you must,
A tune beyond us, yet ourselves,

A tune upon the blue guitar
Of things exactly as they are.’

I note that my emails have gotten very very terse in recent years. Here’s a terse reminder to make them terser as email and other means of person-to-person communication just rot down to the bottom of the barrel with “the text.” Instead, we have the naming of parts inThe best way to convey what is essential when writing an email.

Dear Person I am Writing To,
This is an optional sentence introducing who I am and work for, included if the addressee has never corresponded with me before. The second optional sentence reminds the person where we met, if relevant. This sentence states the purpose of the email.
This optional paragraph describes in more detail what’s needed. This sentence discusses relevant information like how soon an answer is needed, what kind of answer is needed, and any information that the other person might find useful. If there’s a lot of information, it’s a good idea to separate this paragraph into two or three paragraphs to avoid having a Wall of Text.
If a description paragraph was used, close with a restatement of the initial request, in case the addressee ignored the opening paragraph.
This sentence is just a platitude (usually thanking them for their time) because people think I am standoffish, unreasonably demanding, or cold if it’s not included.
Closing salutation, Signature 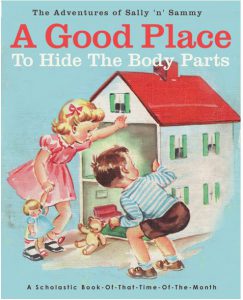 Okay, that’s done. Good morning and Welcome to Snitch Nation: From kids to parents, it’s a race to rat out your (former) loved ones before they get you first The contact-tracing course (which I took) offers more than the usual training in Orwellian ‘newspeak’, however. The chirpy-voiced instructor reminds the aspiring contact tracer that they are not under any circumstances to warn their friends or family if someone they know is infected, even it if means allowing their 80-year-old grandma to go risk her life playing bridge at the house of someone who just got out of the hospital being treated for Covid-19 and is still not well. One’s loyalty can be only to the state.

Cats! Why does it always have to be Cats? Mich. Man Wakes up to Intruder Holding Gun to Head, Demanding Cats

Why I go full Simon of the Desert here’s where I’ll be checking in.

After I tweeted about my love for ‘sheds on sticks’ and mentioned the Maunsell Sea Forts you can see from Whitstable, I received a fantastic email on the subject from @dkhutt, including some wonderful photographs. David has kindly agreed I can tweet them.https://t.co/FCMruJClql

Ah yes, that ecological paradise where we all drive electric cars and plug all of them into a grid that is wheezing on its knees now. EV rollout will require huge investments in strained U.S. power grids A model utility with two to three million customers would need to invest between $1,700 and $5,800 in grid upgrades per EV through 2030, according to Boston Consulting Group. Assuming 40 million EVs on the road, that investment could reach $200 billion. 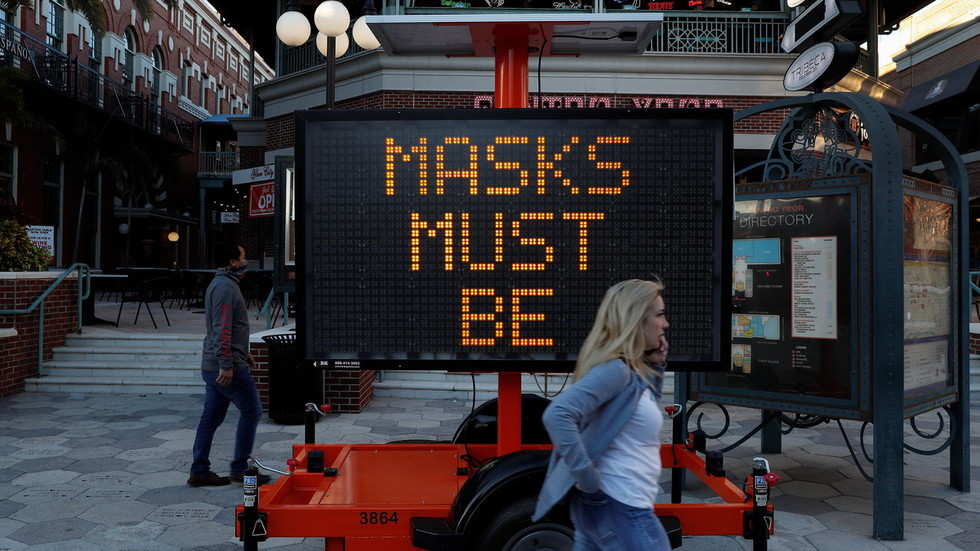 Does having a long long Q-Tip rammed up your nostril piss you off? So does making them. And it ain’t easy.Supply of Swab Tests for Covid-19 Rests on Embattled U.S. Company Puritan – Bloomberg Flocked nasopharyngeal swabs were one of its most niche products, typically used only if a patient was sick enough with a respiratory virus to be hospitalized. The medical community prefers them because the tiny fibers on the tip easily absorb viral particles and quickly release them for testing. They’re more complex than they look. A swab has to be able to travel up the narrow shaft of the nose, through a passageway less than 4 millimeters wide, to an area roughly halfway between the ears. It has to be soft enough not to damage the nasal canal, yet sturdy enough to push through mucus and collect cells from the nasopharynx, where viruses grow.

In Memorium for my chair that was incinerated with everything else: (2) How It’s made – Midcentury Mini Lounge – YouTube

Better grab those rolls of aluminum foil before your fellow citizens strip the shelves like hungry asses thirsting for toilet paper. An interesting note: “there could be an additional 2% reduction in global aluminum production as capacity goes offline during China’s heating season.” In other words: When Northern China’s government-run central heating kicks on in the winter (and gobbles up something like 700 million tons of coal), other energy-intensive industries must shut down; aluminum production is one of them.

Two out of these three have to trigger for me to say YES:
KNOWLEDGE: Will I learn something?
FUN: Is it fun?
MONEY: Is it financially worthwhile? 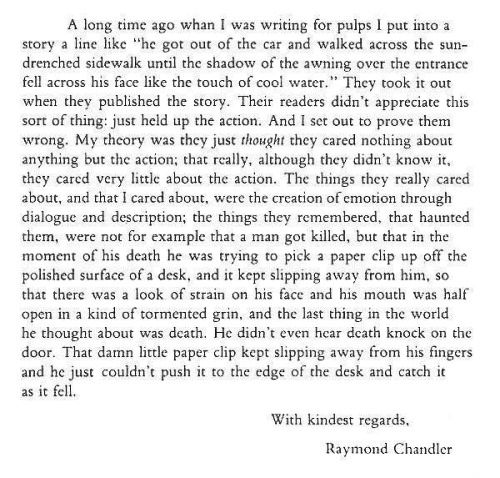 On the now well-known but once worshipped Freudian racket: Vladimir Nabokov was one malicious and mean motherfucker and he was not reluctant to share. On Sigmund Freud: Why should I tolerate a perfect stranger at the bedside of my mind? I may have aired this before but I’d like to repeat that I detest not one but four doctors: Dr. Freud, Dr. Zhivago, Dr. Schweitzer, and Dr. Castro. Of course, the first takes the fig, as the fellows say in the dissecting-room. I’ve no intention to dream the drab middle-class dreams of an Austrian crank with a shabby umbrella. . . . The Freudian racket looks to me as much of a farce as the jumbo thingum of polished wood with a polished hole in the middle which doesn’t represent anything except the gaping face of the Philistine who is told it is a great sculpture produced by the greatest living caveman.

The rules of the ( ocean) road are simple and clear, why can’t we do the same with the rules on the (asphalt) road? The Maritime Law Edition – Why is this interesting? 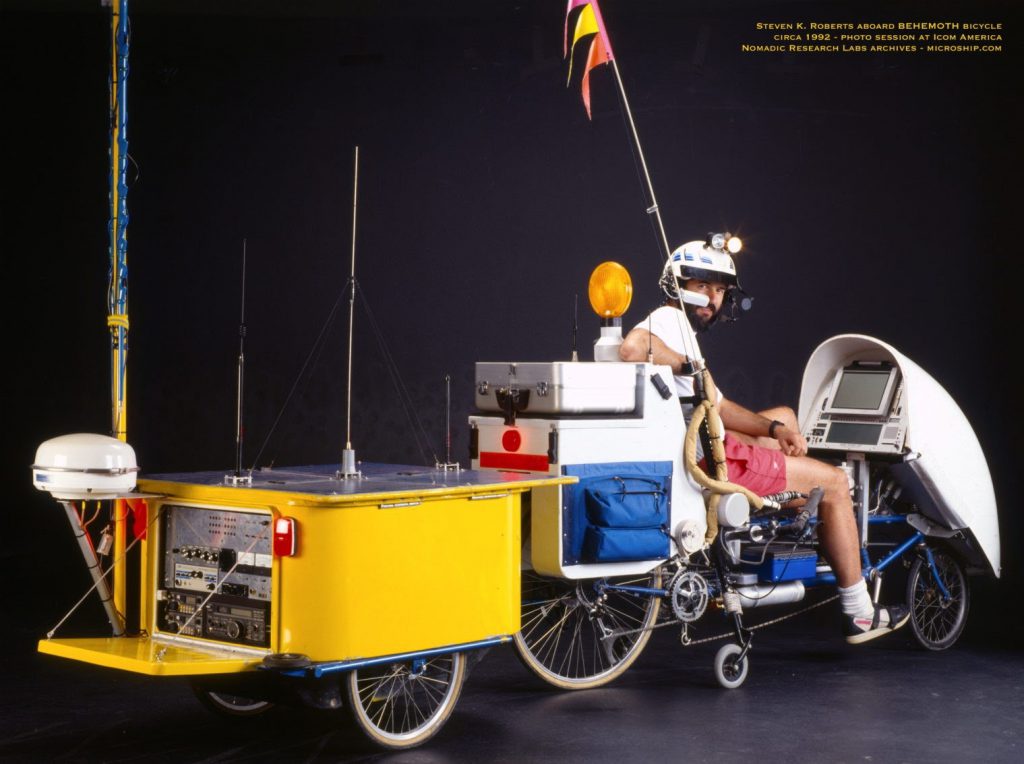 Speaking of being “on the road,” BEHEMOTH was a truly wild and crazy computerized recumbent bike, built in the early 90s in (where else?) the Santa Cruz area. This vehicle is insane, and includes among other things a Macintosh 68k, a 9600-baud modem, a “credit card verifier for on-the-road sales,” a Canon BubbleJet printer, and “an active head-cooling system with a 7-liter tank and a peristaltic pump to circulate ice water through the helmet liner.”

Moving right along to that humongous cork in the Suez Canal: 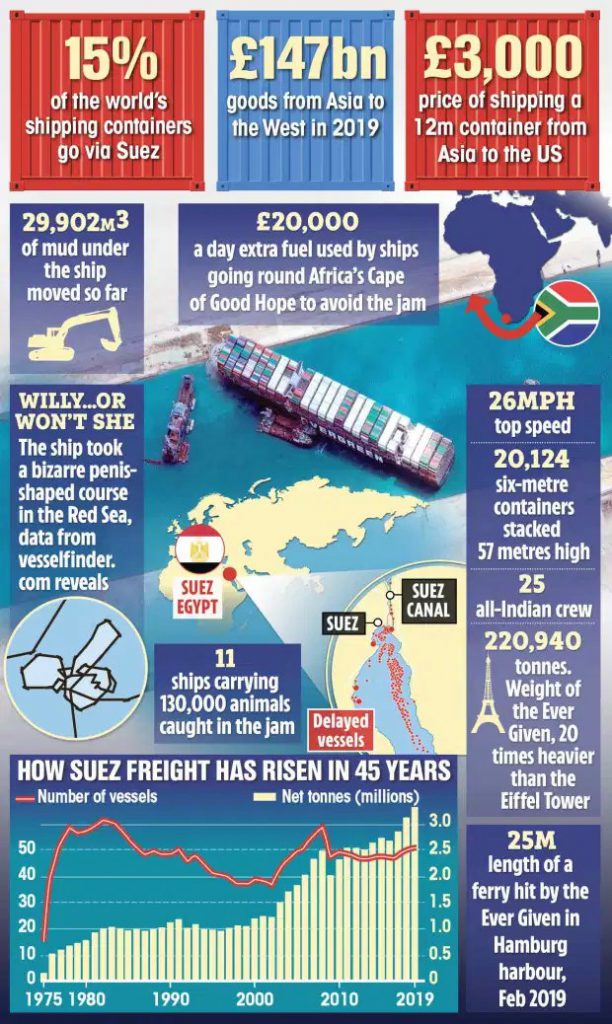 Disaster is always foreseen and seldom avoided for being foreseen. Stranding of Ever Given in Suez canal was foreseen by many “Half the world’s ports can’t even deal with ships this size,” Hopcraft said, describing a trend that leaves the overall supply chain more exposed to a range of threats including piracy and cyberattack. “If those terminals that can [accommodate megaships], aren’t able to service them for whatever reason – local power cuts or military action – then these ships can’t be serviced at all.” 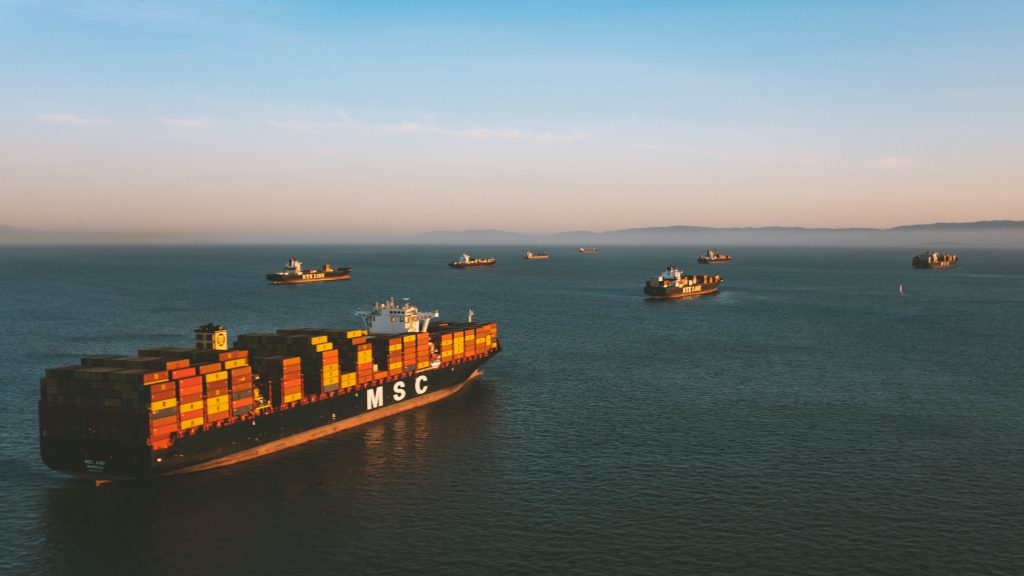 Oh yes the world is in the very best of hands...Meanwhile, COVID infections and quarantines have reduced the number of available longshoremen in the Los Angeles-Long Beach port complex to work ships and get containers on trucks, leading to massive port congestion. Ships are falling behind schedule as they wait more than five days for a berth. It can take another five days to get containers through the terminals to surrounding warehouses or onto trains, with drivers waiting up to two hours to enter the gate. There are currently 31 container vessels anchored offshore, with an estimated 310,000 TEUs worth of stranded goods, according to the Maritime Exchange of Southern California.

Folks want their narco so badly the suppliers are now building Narco-Submarines. They are both custom-made hulls built out of marine plywood and fiberglass. And they can both carry about 2 tons of narcotics (payloads vary, 1.6 tons is typical in the Americas but the average has been increasing). Translation: People are uping the dose of their illegal meds. Expect even more trouble.

Of course it is. The Air Force Is Having To Reverse Engineer Parts Of Its Own Stealth Bomber 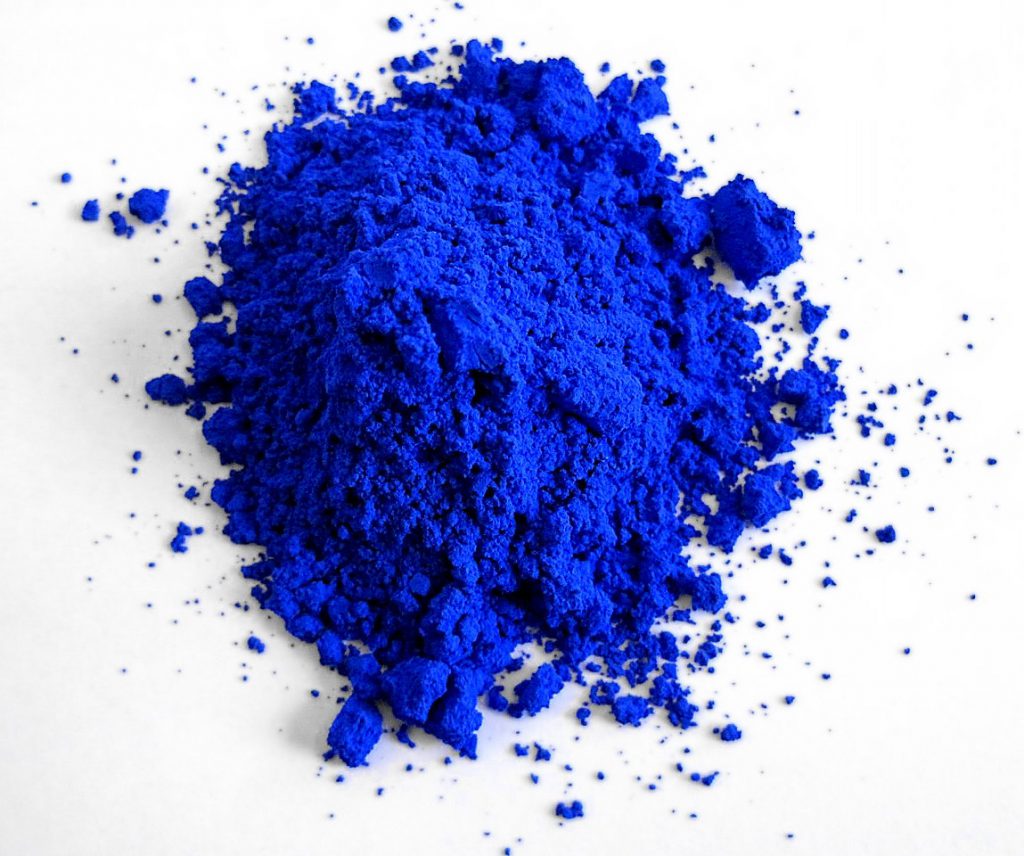 Blue Mondays are going to get bluer longer:Meet YInMn, the First New Blue Pigment in Two Centuries Blue pigments, which date back 6,000 years, have been traditionally toxic and prone to fading. That’s no longer the case with YInMn, which reflects heat and absorbs UV radiation, making it cooler and more durable than pigments like cobalt blue. “The fact that this pigment was synthesized at such high temperatures signaled that this new compound was extremely stable, a property long sought in a blue pigment.” 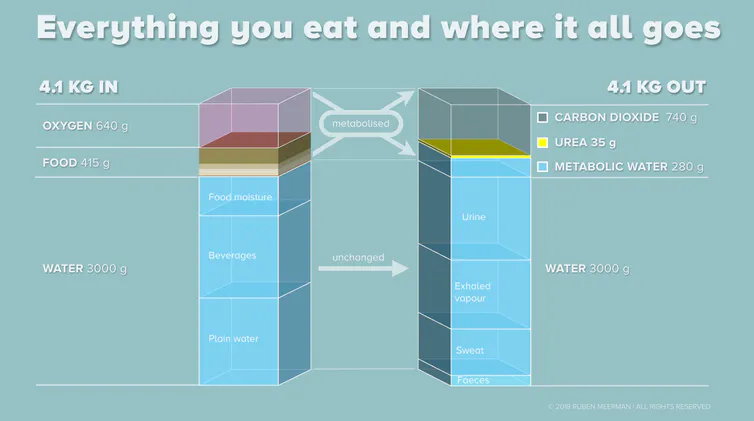 Need to lose weight? Ask yourself one simple question to avoid actually losing weight.When we lose weight, where does it go? If you lose 10kg of fat, precisely 8.4kg comes out through your lungs and the remaining 1.6kg turns into water. In other words, nearly all the weight we lose is exhaled. This surprises just about everyone, but actually, almost everything we eat comes back out via the lungs. Every carbohydrate you digest and nearly all the fats are converted to carbon dioxide and water. The same goes for alcohol.

And finally, this is the personal trainer whose instructional video I study *at least* once a day in order to more deeply understand how to work out even when you don’t feel like it.