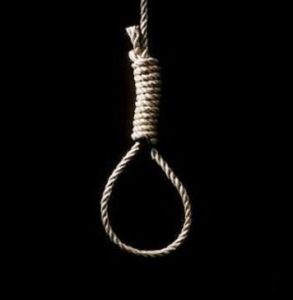 Until recently,   “bad” thoughts were fairly well understood among humans. You thought about things that were “bad,” but you didn’t voice them, and if you acted on them, trouble followed swiftly in one form or another. These “bad” thoughts were usually in the realms covered, quite nicely thank you, by the 10 Commandments. It was very seldom, down through the ages, that someone was evil enough, venal enough, and morally dead enough, to add to the categories of “bad thoughts.” The nature and extent of “bad” thoughts were pretty much a Trouble Ticket marked “Closed” in the filing cabinet of God.

Alas, since God has been on his sabbatical studying how to make a better platypus, humans (as usual when He takes a break) have been back at their old game — expanding the realms of “bad” thoughts. This is primarily done by digging up a “bad” thought that has been killed and buried, slapping a lot of rouge on the corpse, fluffing it up like a flat pillow, propping it up at your dinner table, and pinning a brand new name tag on it. It’s not pretty, but a lot of us are making a good living at intellectual corpse fluffing these days.

If you should take a look across the mashed potatoes and remark that your uninvited “guest” resembles a shambling extra out of Night of the Living Dead, the corpse fluffers will label you as “insensitive to the real issues of this rotting corpse.”

The favorite name tag slapped on these fluffed-up corpses these days is, “Ye Olde American Racism.” This is the Mother of All-New Bad Thoughts. And from this one reeking corpse at America’s dinner table, all other bad thoughts are cloned. You’ve had it to dinner before. It will be back.

But the fact that “Ye Olde American Racism” is actually a dead “bad” thought tarted up to look fresh and perky is not the “bad” thought I was having when I took a break from being a sensitive and caring American prepared to feel any pain of any American no matter how much they hated me or tried to kill me after picking my pocket. No, it was a very specific “bad” thought, and, like those who feel your pain, I am not going to be shy about sharing it with you.

My “bad” thought came about of a Saturday some years back when, with a friend, I took a stroll down the streets of Seattle in what is called, with no sense of irony, “The University District.”

There is, indeed, a University in the Seattle University District, even if big business is bugging out of there, and a lot of other areas in Seattle, as fast as they can. The University District is pretty much like all the other college and university districts in medium to large American cities today. It provides a living to a small fraction of genuine scholars, as well as workspace and research facilities and salaries to a host of useful scientists and necessary engineers. But more and more, the main function of our University Districts from coast to coast is to provide a safe haven for the homeless, the useless, the addicted, the soul-dead, the communist, and other politically perverted poltroons and PC pussies of all stripes.

In addition, the university at the center of these districts currently provides employment for, and benefits to, a host of latter-day hippy professors whose twisted politics, depraved morals, and incessant dreams of the destruction of America would make them each persona non grata in most American communities outside of “university districts.”

Saturday was an especially good day for seeing the University District as it really is. It was Street-Fair Saturday and, as I remarked to my friend after strolling a couple of blocks, the streets had been transformed into what can only be described as an open-air Moonbat Mall.
Here in the bright light of a perfect day causes of all sorts and flavors jousted for your attention with the scents of a dozen different countries’ street food and offers to rub your skull with copper wires.

They were still selling and buying tie-dyes that Jerry Garcia wouldn’t be caught dead in.

You could get sculptures made of polished bones, or you could get sharpened bones driven through your nose while you wait.

Parents abused small children openly by paying insane clowns to paint what could be flowers on the faces of the kids.

At one point, three generations of goth womanhood walked down the street under parasols; daughter goth, mother goth, and an older woman in deep goth wearing a t-shirt that proclaimed her to be “Fairy Goth Mother.”

The crowds swirled about us festooned with all those flaky ancient types we’ve all come to know since . . .  well . . .  1968. Nothing new about them and — even when confronted with someone with a spider web tattooed on his face, holes the size of silver dollars through his ears, a couple of dozen piercing in his face and limbs — nothing particularly shocking. All rather common to tell you the truth; just blandly ordinary for the University District. I had a brief moment of shame when I realized that back in the 60s and 70s I had played a small role in inventing all these types, but it passed upon the purchase of a corn dog.

What didn’t pass what the deep sense of ennui and inertia that comes over one when you are exposed, for the Nth time, to all the causes and manias that have festered without change in our University Districts for decades.

The only real change in this undead mindset is that where these causes once seemed to lean forward into the future, they now seem to slink steadily into the past. They’re like a variation on the old joke about what you get when you play country music backward; only in this case you don’t get your job back, your wife back, and your dog back. The promise here in these cherished liberal/left/green causes is that if you just believe in them as you once believed in fairies you’ll get your high taxes back, your September 10th vulnerability back, and your recumbent bicycle back.

Where do these insane yet indestructible ideas come from? How do they replicate themselves over and over, and still find new brains in which to gain traction like some Branch Covidien virus that cannot be eradicated by either fact or experience? The answer is that they are kept alive and communicable in the Petri dishes of our universities and colleges, and implanted deeply in each new freshman class.

This is obvious to anyone who has been paying attention to the degeneration of the “liberal arts” in higher education into the “liberal hegemony” of higher education. But still, seeing the Moonbat Mall red in tooth and claw, I had to wonder why we allow this all to go on.

It was then I had my “bad” thought which, to make myself pure again, I must confess here to all the world. My “bad thought” is this:

“The reason we continue to maintain and fund our institutions of ‘Higher Education’ in America today is grounded in sensible and prudent American traditions of social control and economics.

“Having passed through and enacted all the liberal ideas of the last few decades when it came to handling the insane and unhinged among us, we have foolishly allowed a population of delusional schizophrenics to expand into our streets and cities and towns until we are up to our hips in Moonbats. Tragically, the Moonbat population among us is now so large that — even if we wanted to — it is no longer possible to build enough institutions to house them all. We simply can’t afford that many new loony-bins.

“While this would be a crisis in a less innovative society, we have solved  this problem in a very American way. We have decided to let the bizarre among us simply be institutionalized in place in the single network of American institutions capable of sustaining them, the University District. We have even employed the worst offenders and most deeply disturbed among them in the Universities themselves.

“Think about it. Would you like to have a Noam Chomsky or a Maxine Waters or a Hillary Clinton showing up and wandering about in your neighborhood, hanging out with your children, lurking in back of the 7-11 with a Little Red Book, a case of Colt ’45 Double Malt, and a bag of Slim-Jims? I think not.

“No. You live in a nice town and you value the rising equity in your home, as well as your children’s intellectual, not to say moral, safety. The very thought of a Chomsky or a Clinton scampering about the neighborhood clad only in ideological Speedos would cause any normal person’s’ teeth to burst into flame. Mine are feeling a bit sparkish just writing about it.

“No, it is better to have these sorts of people and their “support” groups safely sequestered in the University Districts of America. Think of these not as ‘hallowed halls of ivy,’ but as Red Light Districts for the Intellectually Pornographic. At the very least, the existence of the University District allows us to know where most of our Moonbats are, even at night. Especially at night.

“But the real upside of maintaining and sustaining the University Districts of America is, alas, the baddest part of my “bad” thought.

“For if there ever comes a time when we will have to get our Moonbat population under tighter control, well, we will ‘know where they live.’ Indeed, it is my understanding that the administrations of all our Universities keep detailed records of names and addresses. And the NSA doesn’t even have to ask.”

Next post: Noted in Passing: Waiting on the Rapture