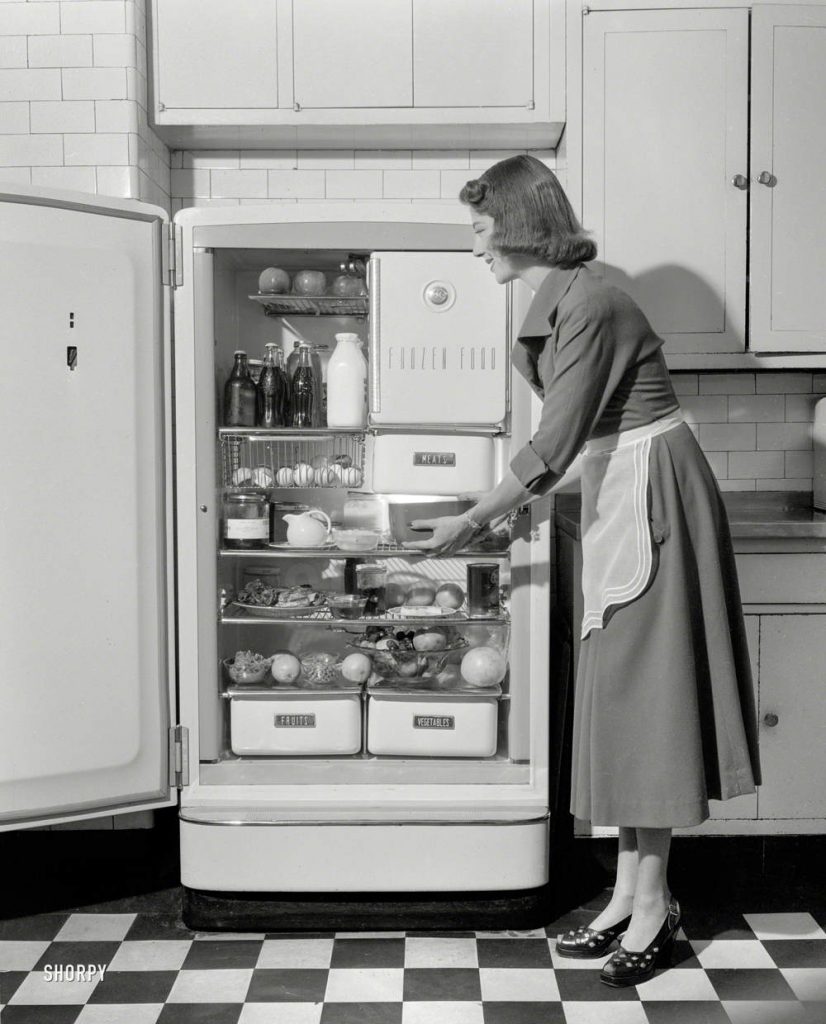 When I worship at the Cathedral of Food ( “Whole Foods — Why Pay Less?”), I don’t buy meals, I buy components. I’ve lived alone for some time but buy like I’m supplying a small tribe. I’ve tried to control this by selecting the “little” cart; that grocery Miata that lets you believe you’re not really buying as much as you are. It doesn’t work. I come home, unpack my “kills” — at about $69 a bag — and mumble, “Who’s going to eat all this?”

Houseguests are the gods’ answer to “Who’s going to eat this?” They are. That’s okay. I love to cook for people. I’m good at it and it gets boring cooking for one; expensive too since I loathe leftovers.

The supply problems return when your house guests are stealth eaters. You know who I mean. Yes, you. Stealth eaters never, ever overeat — except on the sly. Stealth eaters are the Merrill’s Marauders of the post-midnight refrigerator. 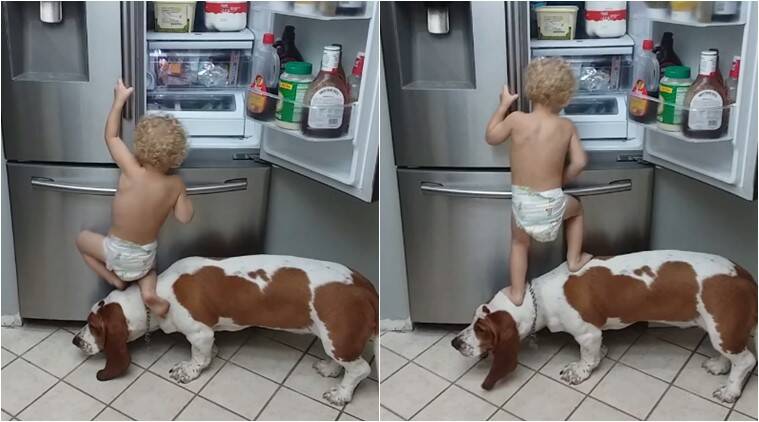 Ordinary stealth eaters can be contained. The damage done by their pillage is apparent. You had half of a banana cream pie in the frig at sunset but by dawn, it is gone. Vanished. Evaporated. Kaput. Never to be heard from again. Not so much as a ransom note, just a crumpled tin husk folded and stuffed down the side of the garbage bag beneath the camouflage of a crumpled milk carton.

Not pleasing, especially when you were planning on banana cream pie for breakfast. Still, you suck up your sorrow, move on, and resupply.

Not so with the worst sort of stealth eater — the dreaded food eroder.

The food eroder wishes to eat but not be seen eating nor to be known to have eaten. The food eroder is so stealthy he or she can even conceal their eating from themselves. The food eroder can make your entire refrigerator into a Potemkin village where you think you have a LOT of food, but actually have almost none. A food eroder deals in cuisine disinformation. 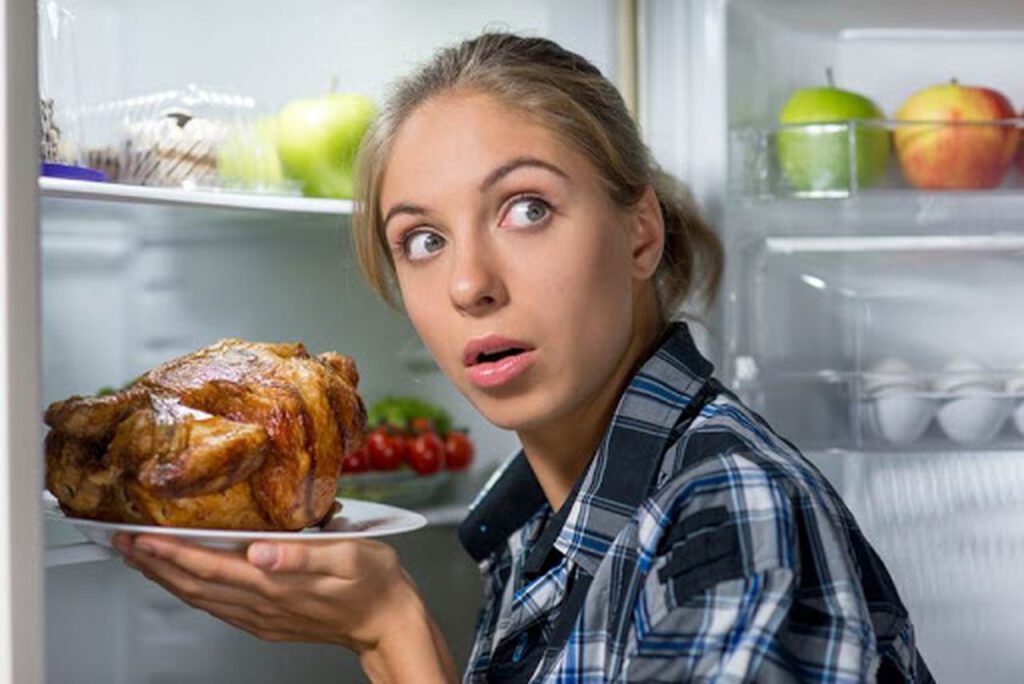 Some weeks back I had a house guest. This houseguest was a very careful eater — someone cognizant of the fine points of nutrition; someone who knew the calories in a twice-baked potato down to the last bacon bit swimming in a buttered slough of sour cream. This nameless but shameless someone also had a finely tuned economic indicator and never met a leftover that was not loved, caressed, and consumed — even when the original meal was lost to recorded history.

I once had a kind of grudging respect for this guest who was much more disciplined about food than I could ever hope to be. But that was before I discovered — after the guest’s departure — that I had been sharing my home and sacred refrigerator with a food eroder, a late-night Ninja nibbler.

You see, in order to fulfill my male mission of re-supply, I need to know what supplies are actually on hand. With a food eroder, this cannot be known since — if you do not actually hand-inspect every item in your larder — you can never be sure of the quantity. What you can be sure of, I now know, is that a food eroder will guarantee you have less than you think.

The clearest example of this is — as I have discovered today — the most often decimated target of any self-respecting food eroder, ice cream.

About a month ago I noted that the house had no ice cream in the freezer. This is not good — especially should an after-midnight-ice-cream emergency break out while watching, say, “I Got the Hook-Up.”

To prepare for such an emergency, and thus avert an ice-cream crisis, I resupplied the freezer with a full half-gallon of French Vanilla. Since my house guest was looking a bit peckish at the time I offered to make a couple of sundaes (caramel sauce, shaved almonds, etc.). My guest gracefully accepted and the half-gallon of ice cream supply was reduced by perhaps a pint overall. This left around three pints. Such was the state of the ice cream three weeks ago at last check. Need for resupply? Negligible.

Fast forward to today when I was suddenly stricken with an ice-cream emergency (While watching, yet again, “I Got the Hook-Up.”) and staggered to the supply in the freezer. As I removed it I noted it felt strangely light for a container that should have contained about three pints. You can only imagine my shock when upon opening it I discovered that it contained only about a half-inch thickness of ice cream covering the now far-distant bottom.

But that was not the worst of it.

On closer examination, the surface of that razor-thin level of ice cream was scored by a series of small parallel grooves across it from side to side. It was as if somebody had gone back and forth over the ice cream with a teaspoon like a lawnmower.

Just a little this time. Just a little more that time. Then a bit again when the compulsion struck. And all, it was clear, in a shameful and furtive way as I slept.

This degradation probably went on and on until the food eroder could no longer avoid the terrible truth that nearly half a gallon of ice cream had been consumed whilst standing at the refrigerator with spoon in hand. At that point, shame overcame the eroder and the container was placed carefully back in the refrigerator so that it would appear to be undisturbed.

The food eroder escaped without ever having to face the shame. I’m off to resupply and thus avoid a post-midnight ice-cream crisis. My only solace is that I know that the food eroder, now back home and faced with a refrigerator stocked only with the desiccating remnants of cantaloupe and celery is still having to walk an extra two miles every day in penance. Ice cream giveth, but ice cream doth not taketh away.

Meanwhile, my stock is back to normal. But I am taking steps to avoid future shock. I’m installing a state-of-the-art motion-sensing alarm on the refrigerator instead of my previous sign that said, “Too late. Already here.”

Next post: Noted in Passing: Stolen Meat for Sale on the Streets of San Francisco