At last an answer to the eternal question, “Who’s a good GIRL?” 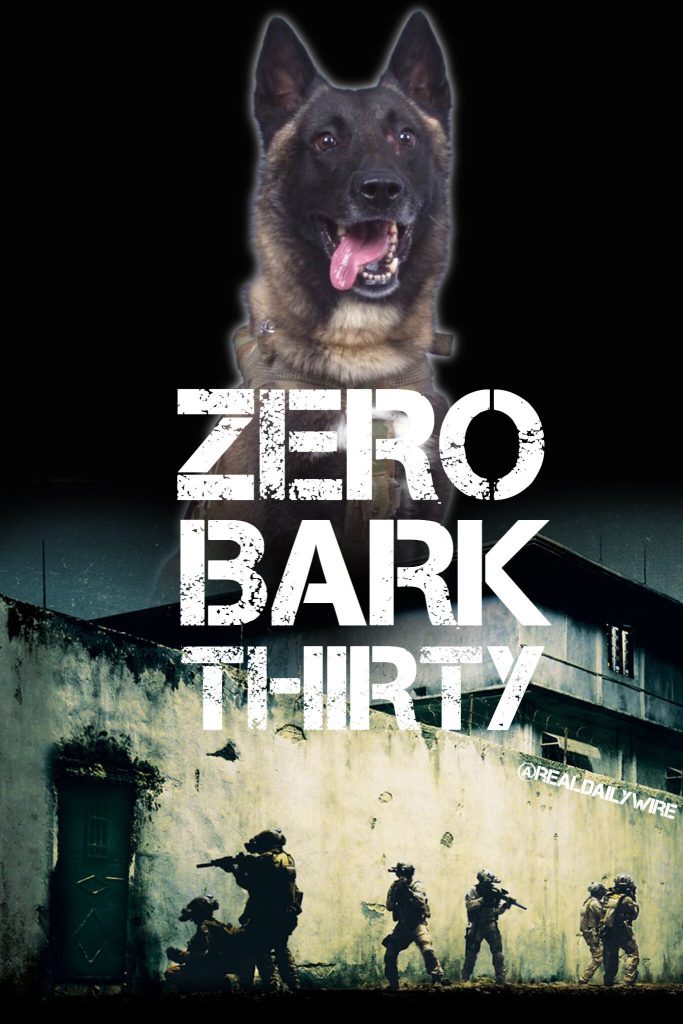 “Trump should give her a medal then adopt her and take her to every rally on Air Force One. People would camp out for a month. He would pick up 3,000,000 votes.”

AGAIN I must ask, “What have humans ever done that we deserve dogs?”

Hero Dog Injured In Syrian Raid Said To Be Making Full Recovery : Though the canine was slightly wounded in the mission, the dog is making a full recovery. “The dog is still in theater, returning to duty with its handlers,” Milley said. 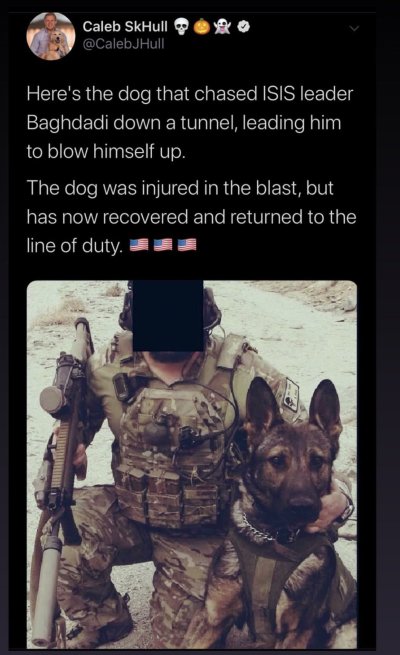 The dog’s name and backstory are being kept under wraps for now. “We’re protecting the dog’s identity,” Milley said.

Usually ranked as noncommissioned officers, a higher rank than the dog’s handler and a way of instilling respect for the dogs, military canines are routinely part of sensitive and dangerous missions carried out by special operations forces, according to Ron Aiello, a retired Marine who runs the nonprofit U.S. War Dogs Association. “They’re kind of the first line of defense. Their job is to detect any type of danger that’s out front.”

In special operations, the dog breed of choice is usually the Belgian Malinois, the kind of dog that assisted in the Saturday mission against Baghdadi. It is also the same breed that was deployed to hunt down Osama bin Laden in Pakistan.

The breed resembles a German shepherd but is smaller and with shorter hair, a valuable asset when on patrol in the hot deserts of the Middle East.

“They’re going into high-security areas on very dangerous missions, and those dogs will train with those troops for weeks,” Aiello said.

And that can sometimes mean the dogs parachute out of planes, descend by rope out of helicopters with their handlers and swim to shore from a submarine. 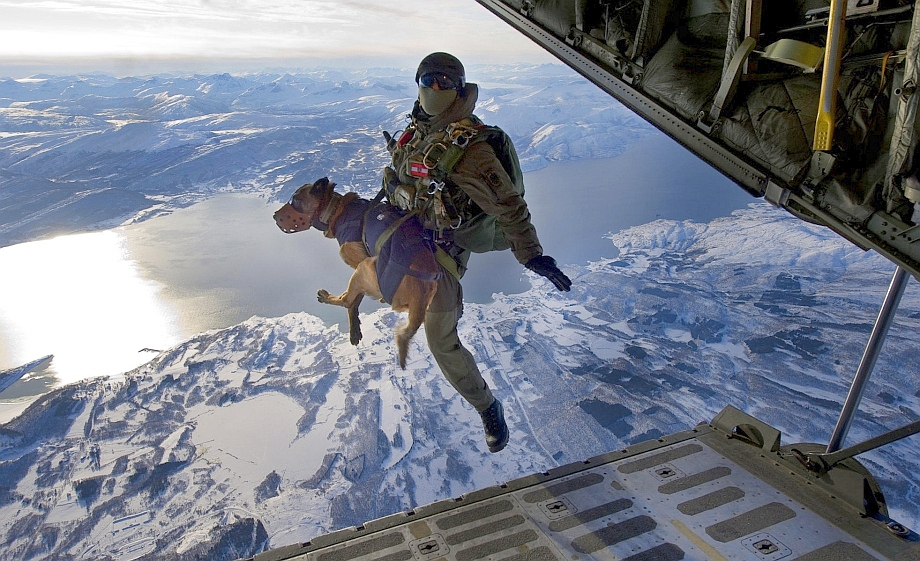 The four-legged special operations members are also typically outfitted with night vision and a video camera that the dog’s handler watches in real-time. If danger is spotted, the dog will sit, signaling the troops to stop.

Aiello, who in the 1960s, with his canine partner Stormy, was part of one of the first Marine scout dog teams to be deployed, now focuses on the needs of America’s “canine veterans.”

War zone dogs do more than sniff out improvised explosive devices, Aiello said. They also serve as morale-boosters to soldiers. Handlers and the military dogs, in particular, form strong bonds in conflict zones.

But then there was CNN (or a reasonable facsimile): 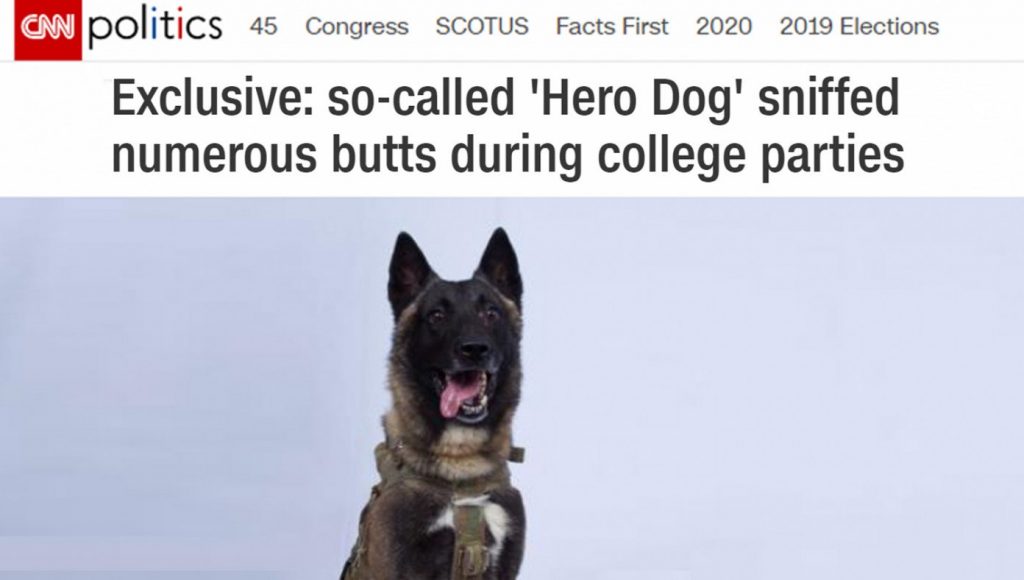