Anne Has a Plan 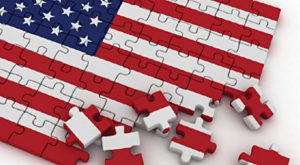 I will be there when you get mid-America to march. In the meantime, we need to look at the long game. There are two possibly three generations, who have never been taught the moral values, reasoned thought, or ethics. They cannot do spatial judgments, or math, they cannot write with their hands and pen on paper, nor have the skills to search for what is true. They have never had any religious education.

For me, the long term strategy begins like this: we need to support the Homeschoolers of America and the private charter schools in any way we can. We need to help build more private universities such as Hillsdale. We need to establish non-profit groups in every state that will act as the ACLU, and the Southern Poverty Law Center have acted for the past 50 years. WE need to put every spare dollar we have into developing any possible legal challenge against the local thugs that have been moved into your state, or maybe have grown up there.

WE MUST NOT MAKE THE SAME MISTAKE OUR PRESIDENT HAS MADE. We must not rely on already established law firms to represent us as the client–to negotiate a settlement behind the scenes. Every case must go before the jury of our peers. We must find the money to support our own legal staff. We must collect group funding for a multitude of specific legal attacks on various issues. Most importantly, in every state, we must have mid-America actively engage in reasonable actions that will challenge any action taken by these thugs until they are no longer stronger than us.

We must first guarantee our safety to speak out by making sure we cannot be punished by loss of job, etc. Don’t forget that just last week Norway made it a criminal offense to speak poorly of any homosexual–even to do so in the privacy of your own home. Norway is one of those countries that have a system whereby the unions select young people at early ages to attend summer camps and study how to manage the population when they become government employees.

Sweden does this as does China and it this model that the feminist movement in the Pacific Northwest, the Chicago unions, and the Democratic party have been developing for the past forty years. No more does our country encourage the individual young person to seek their own path to success. Perhaps, the most recent and the saddest crime has been the tearing down of the Boy Scouts of America. We have been led to believe it’s because so many young boys were being sodomized by their trusted leaders. I suspect it was just one more step in destroying our young people’s independent spirit.

Finally, I am not surprised that the money to buy off this election came from Seattle. I am surprised it has taken so long for most people to understand the relationship between Seattle, Boeing, Microsoft, Amazon, and China. Seattle has not tolerated a clean election for more than 70 years–if ever. It is ironic for me that it will be 60 years since the greatest president in our lifetime gave his most insightful farewell speech. https://www.youtube.com/watch?v=CWiIYW_fBfY

Grieving alone will not save our country–we must organize in many different peaceful ways to help today’s young people and those to come to get back the freedoms that have were stolen from them in these past years by those who claim to know better than they do. We begin by doing two things immediately: building a sound private education system that is outside of the state-owned schools. We must also build legal groups that will protect those who peacefully speak out.

Finally, we must create among our youth an understanding of how badly our schools of journalism have failed this country and the future of our children by denying them access to truthful unbiased reporting of fact. Sorry, to rant for so long, but it is only by well-organized and targeted efforts that we will repair this country.

Next post: Sand and Fog: Night Walk at Venice Beach