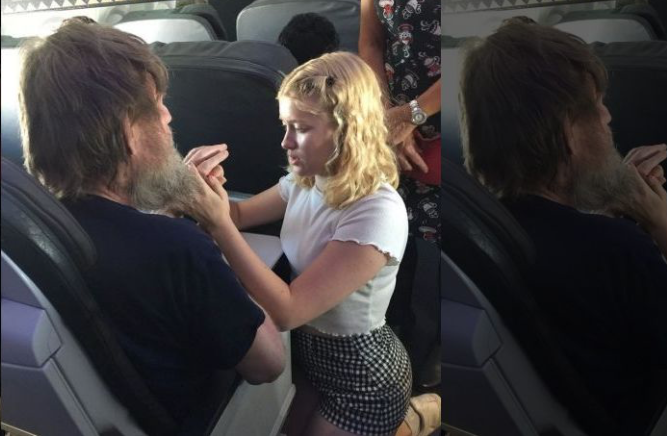 Be not forgetful to entertain strangers: for thereby some have entertained angels unawares. — Hebrews 13:2

A flight attendant asked over the PA system in the plane if any passengers knew American Sign Language (ASL) to ring their call button.

Daly, who had been studying ASL for a year, rang her button.

“I sat with Tim a few times on the flight and toward the end for about 30 minutes,” Daly said, Alaska Airlines reported. “He just wanted to talk.”

“I went to [Cook] a total of three times, once to get him water, another to tell him the time, and the last hour of the flight to just talk to him,” Daly told FOX59.

“We talked about our family in Massachusetts and he asked me about my plans for my future,” she said.

Daly sign-spelled the words into his hand so he could understand.