AIDS and the Green River Camp 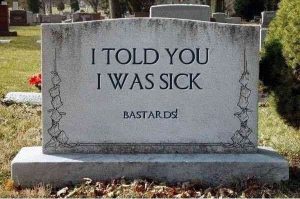 He wore coke bottle bottom spectacles over his eyes and a floppy sun hat during our days drifting down the river. No gloves though. That was for his lab and we were a long way from his lab.

We were camped somewhere on the Green River in Utah. In a shallow canyon down near the Green’s confluence with the Colorado. We were seven days into a nine-day canoe drift down the river. It was night. We’d eaten, smoked, had some cups of grog and were lying back on our sleeping bags with the stars as close as a tent’s roof. The night was warm and we were talking about the things we did when we were back in the world.

He was a scientist. A biochemist. When he wasn’t drifting down a river in the vast American outback he was working behind several levels of barriers against biohazards in a hazmat suit at some megapharma company whose name has now been washed down the Green River with so many other moments from that trip. Everything was gone except the memory of his short monologue about his line of work. He was working with the live AIDS virus. And to him, it wasn’t just another chunk of strange almost-alive/almost-dead tiny bit of matter. No. Not at all. To him, the AIDS virus was very much alive. It had a purpose and a personality.

“Well, that’s what makes it interesting,” I said. “Isn’t that what a virus does? Mutate? And besides, don’t you have to have long and direct contact to contract AIDS?”

“Maybe,” he said sounding sleepy. “Maybe, but from what I see in the lab I have to say that this virus is a very clever virus. Very clever and getting smarter all the time. It knows how to go around things. Someday it could decide to do what everyone believes it is impossible for it to do. The virus doesn’t listen to the scientists that study it. The only thing it would know about us is that we’re all potential hosts and therefore desirable. Like I said, it knows how to get around things in its path. Like us.”

But that was just some fading campfire conversation soon subsumed by sleep. It was just some random observation. It was a long, long time ago, in another life, down on the Green River. Nothing to worry about. Nothing at all.

Previous post: Americans: “If it’s worth doing, it’s worth overdoing.”