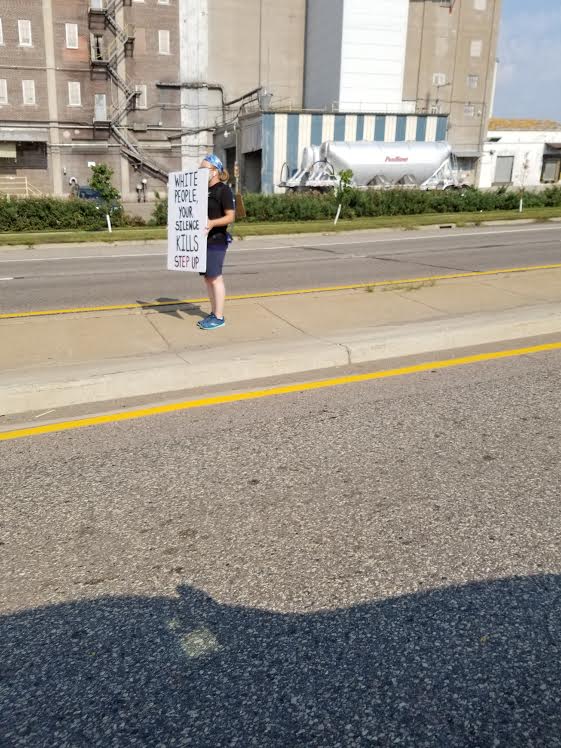 It ain’t over until the corpse of Forage Lloyd claws its way out of his grave: American Digest correspondent Gordon Scott writes (with photographs):

Minneapolis is so wealthy, so full of well-paid people who will put up with a lot to be hip. That applies to the US as well. It can be badly run for a couple of decades before things start to approach Chicago/Detroit/Baltimore levels of decay. There’s just so much accumulated wealth to be burned through. 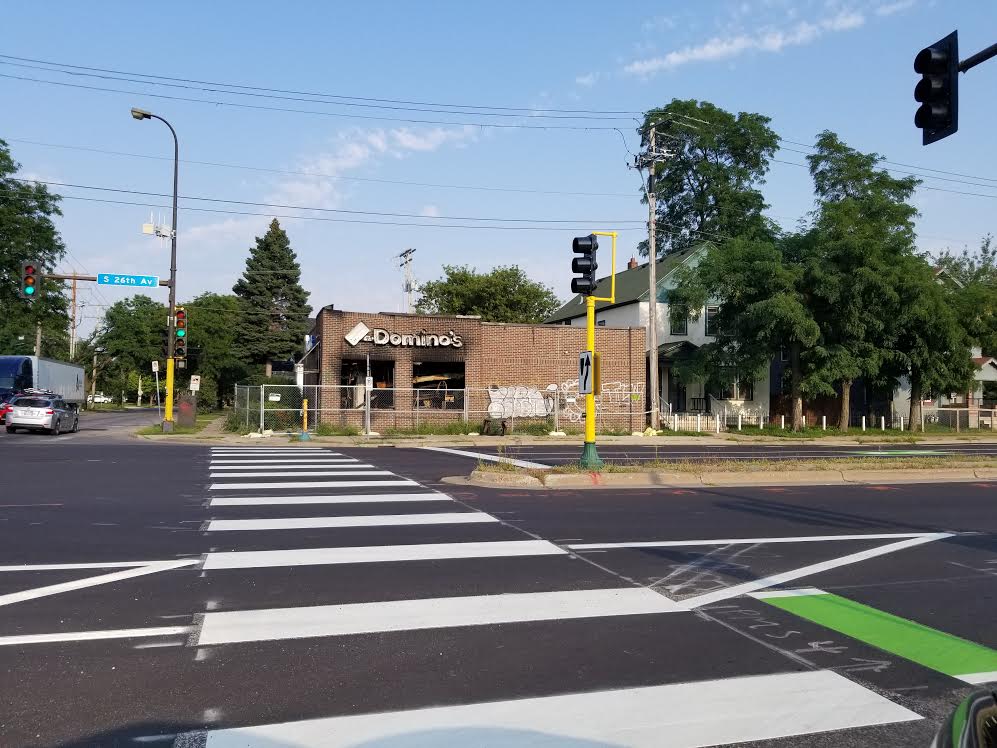 About 200 yards from the 3rd Precinct. Next door was Six Sigma, which manufactures specialty items for check printers. The owner is so disgusted he’s leaving the city. His plant was hit by arsonists in broad daylight.

Until a pandemic, and two riots, destroy the tax base.

Minneapolis’ Skyway ™ system connects the downtown like a web on the floor above the street. There’s at least a hundred food places in there. Shoe repair, buy a cell phone, dry cleaning. There’s still some high-end retail. The Walgreens on Nicollet Mall is two story (that Skyway connection) and has a fricking sushi bar. They have a little machine in the back. You turn the handle and money comes out. Yes, shoplifting was bad, but profits out of that store were amazing. 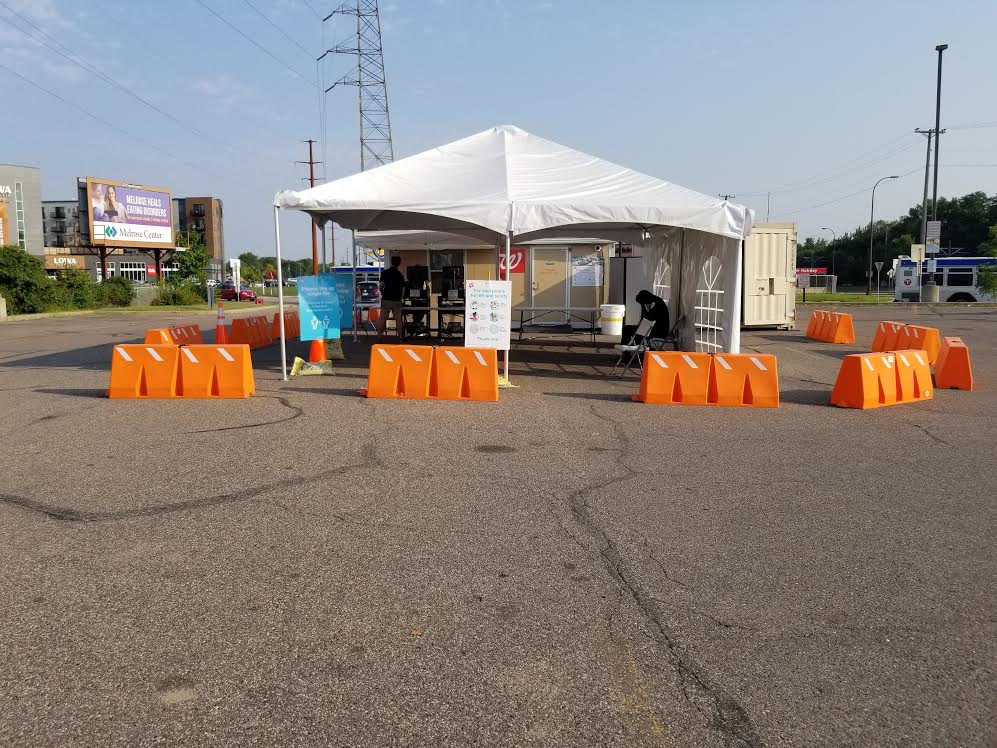 All of that is 15 percent of what it was in March.

The City of Minneapolis is dawdle-dee-ing along, pretending there’s no problem. They’re talking about oh, maybe one workday in two weeks being unpaid. That’s next year. They have done nothing for this fiscal year.

Oh, well, they have done something! The police department is down about 20 percent, as best I can tell. They can claim PTSD, and it’s an easy disability claim. Of course those claims are going to cost a fortune, but that’s another day, another pocket. 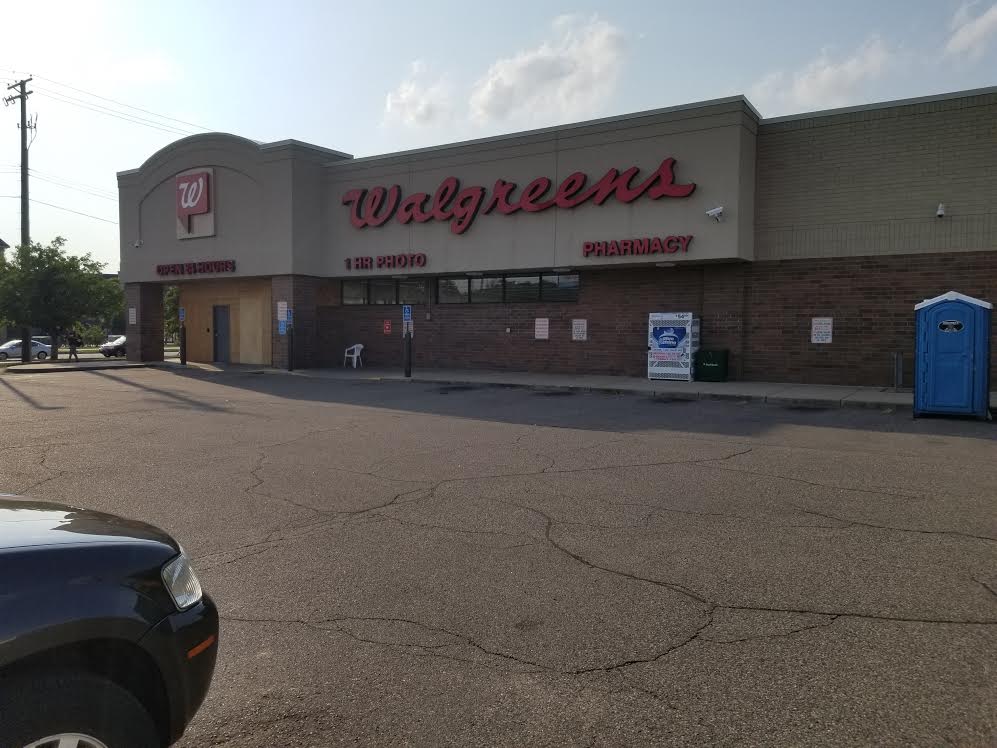 What is really getting to residents–all residents–is the sheer lawlessness that has emerged since the May riots, after George Floyd killed himself with fentanyl. Cars do not stop at stop signs, sailing past at 30 mph. Street crime is off the charts. The police say, just give it up and hope they don’t shoot you.

Two are dead, four wounded within four blocks of my house since Wednesday. The four wounded were 100 yards up the street, at the drug house. It’s the second mass shooting there in a month. 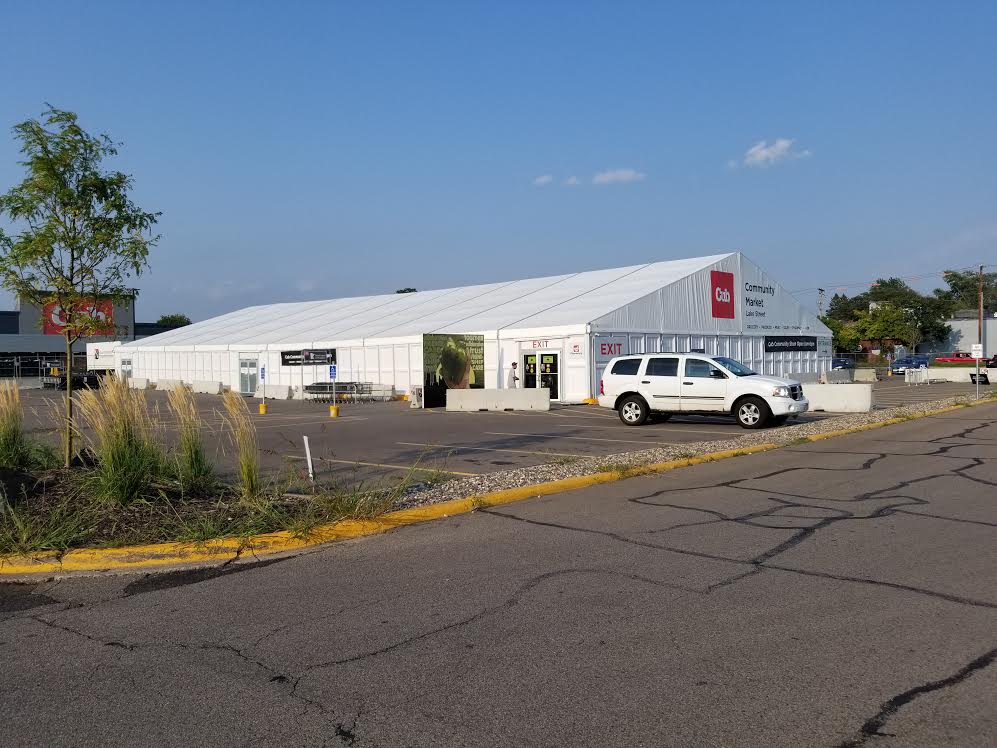 For downtown residents, it’s one thing to meet a black man in The Exchange, or in the office, or restaurant. It’s somewhat less vibrant to have one walk up to you as you walk to your condo. “Gimme cell phone and money, you fucking faggots,” lacks a certain je ne suis quois, non?

It starts to make that new high rise out in St. Louis Park seem more inviting. There’s good restaurants nearby, easy free parking and even a Costco. One can look at downtown, from a safe distance. And watch as the lights begin to go out, one by one. 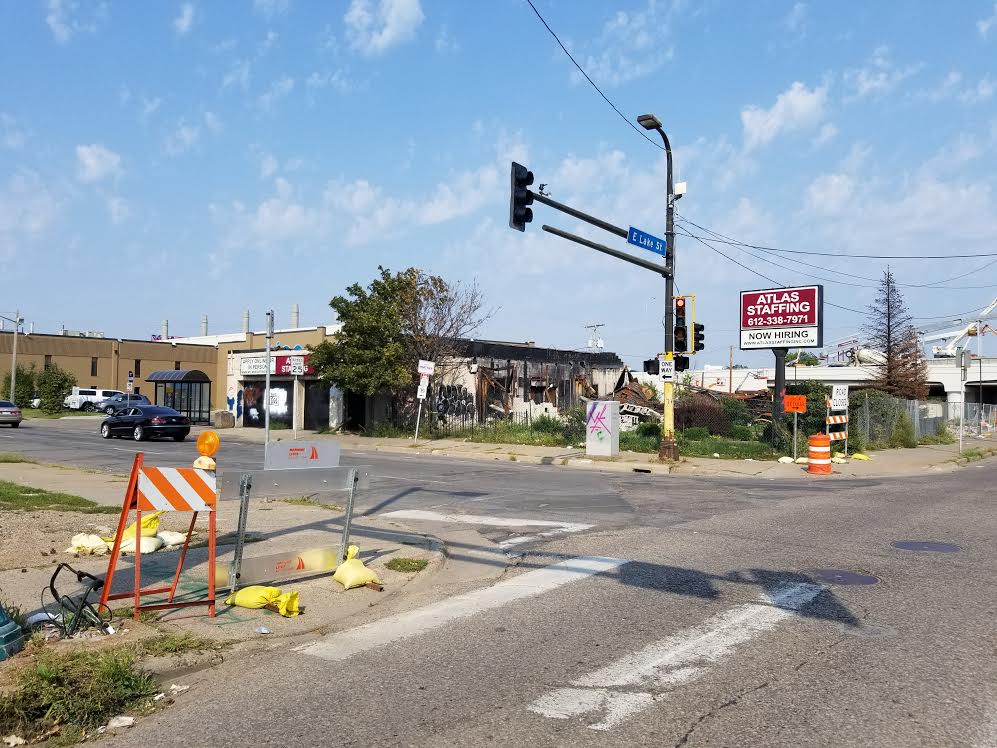 Don’t forget the third riot. That’s the one that will happen when the police who arrested George Floyd are acquitted of murder.

[Editor: As for the second riot it went down just last week. Nothing like a fussilade of gunfire to clear the streets.]

Scene of an officer involved shooting in Minneapolis, MN. They should release the body cam footage as quickly as possible this time, before this city is burned to the ground. pic.twitter.com/J1T183Daom

Next post: Footprints (lower right) in the Sands of Time: “I met a traveler to an antique land…”