The Abiding Evil of the “Don’t Be Evil” Monopoly 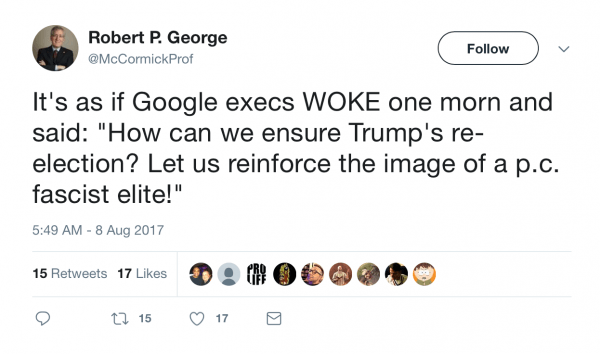 “Chinese authorities have announced plans to create a national reputation index. Under the scheme everyone will receive a virtue score based on observable behavior. “The Chinese government has announced a new universal reputation score, tied to every person in the country’s nation ID number and based on such factors as political compliance, hobbies, shopping, and whether you play videogames.”

the program will be administered by Alibaba (China’s answer to Amazon) and Tencent (the country’s huge, government-compliant social network). Your score will be generated not only by your activities, but by the activities of the friends in your social graph — the people you identify as friends on social media. Your score will be decremented for doing things like mentioning Tienanmen Square or speculating on official corruption, or for participating in activities that the state wishes to “nudge” you away from, like playing video-games….

“There is already a similar Western system of shame and virtue rating. It is called Political Correctness and uses boycotts, doxing and ridicule etc to punish those with low ratings, and reward high scorers with talk show interviews, book contracts and such….

“Forbes reported “at least 10 students accepted to Harvard have had their offers rescinded after administrators discovered offensive posts in a private, online Facebook messaging group, the Harvard Crimson reported Sunday. ” Google fired an engineer who disagreed with its diversity policies. Today you can lose your job, diploma or cake if you don’t have enough points. That your reputation is in the custody of Facebook not Alibaba may be a distinction without a difference.

In the meantime, the morning meeting of loyal slaves at Google:

For the offending document of evilthink see this PDF:

Previous post: “As riches and rich men are honored in the State, virtue and the virtuous are dishonored.”