A Short History of Mass Shootings in Outline by Thomas Wictor 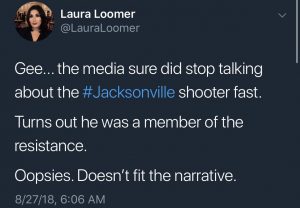 Mass shootings are the result of multiple factors, the main one being untreated mental illness.

(19) Even the most severely mentally ill were released so that they could “find jobs or live at home.”

Their treatment was to take place at outpatient community mental-health care centers that were never built.This was the beginning the homeless problem.

“Kennedy said when he signed the bill that the legislation to build 1,500 centers would mean the population of those living in state mental hospitals — at that time more than 500,000 people — could be cut in half. In a special message to Congress earlier that year, he said the idea was to successfully and quickly treat patients in their own communities and then return them to “a useful place in society.””

(20) In 1965, the passage of Medicaid forced states to release patients from mental institutions because the program doesn’t cover the costs.

(21) In 1967, California passed the Lanterman-Petris-Short Act, which made it virtually impossible to hospitalize the mentally ill against their will. Every other state in the union adopted similar legislation.

(22) In 1980, Jimmy Carter signed the Mental Health Systems Act, which strengthened the social experiment of using community outpatient centers rather than government-run hospitals.

“I am convinced that these actions and the passage of the Mental Health Systems Act will reduce the number of Americans robbed of vital and satisfying lives by mental illness. I ask the Congress to join with me in developing a new system of mental health care designed to deal more effectively with our nation’s unmet mental health needs.”

(23) In 1981, the Omnibus Budget Reconciliation Act repealed the Mental Health Systems Act and replaced it with block grants to states, thus ending the federal government’s involvement in mental-health treatment.

” Only 650 community health centers had been built. That was less than half of what was needed. They served 1.9 million patients. They were designed to help those with less severe mental health disorders. As states closed hospitals, the centers became overwhelmed with those patients with more serious challenges. “

(24) As always happens with block grants, the money was reallocated, and most community mental-health care centers were never built. During the Great Recession, states slashed funding to ALL mental-health programs.

By early 2016, the state hospital bed population had dropped more than 96%, to 37,679 beds, or 11.7 beds per 100,000 people. Of these, nearly half were occupied by criminal offenders with serious mental illness; barely six beds per 100,000 people remained for individuals with acute or chronic psychiatric disease who had not committed crimes.

(26) Until we END the social experiment of deinstitutionalization, we will continue to have mass shootings.

How to Bring Sanity to Our Mental Health System:  The consequences of this failed experiment for mentally ill individuals, for their families, and for the public at large are legion. Mentally ill homeless persons live on our streets like urban gargoyles and expropriate parks, playgrounds, libraries, and other public spaces. Jails and prisons have become progressively filled with mentally ill inmates, thereby transforming these institutions into the nation’s new psychiatric inpatient system. Police and sheriffs have become the first responders for mental illness crises in the community and are fast becoming the nation’s new psychiatric outpatient system—“armed social workers” in the words of one law enforcement official.[3] Mentally ill individuals who are not being treated are responsible for approximately 1,400 homicides each year, 10 percent of the nation’s total, including rampage shootings such as occurred in Tucson in January 2011. To make matters even worse, we are spending over 100 billion mostly federal dollars on this dysfunctional system each year.