Going Full Orwell: Social Media’s all fun and games until somebody’s head ends up in a cone 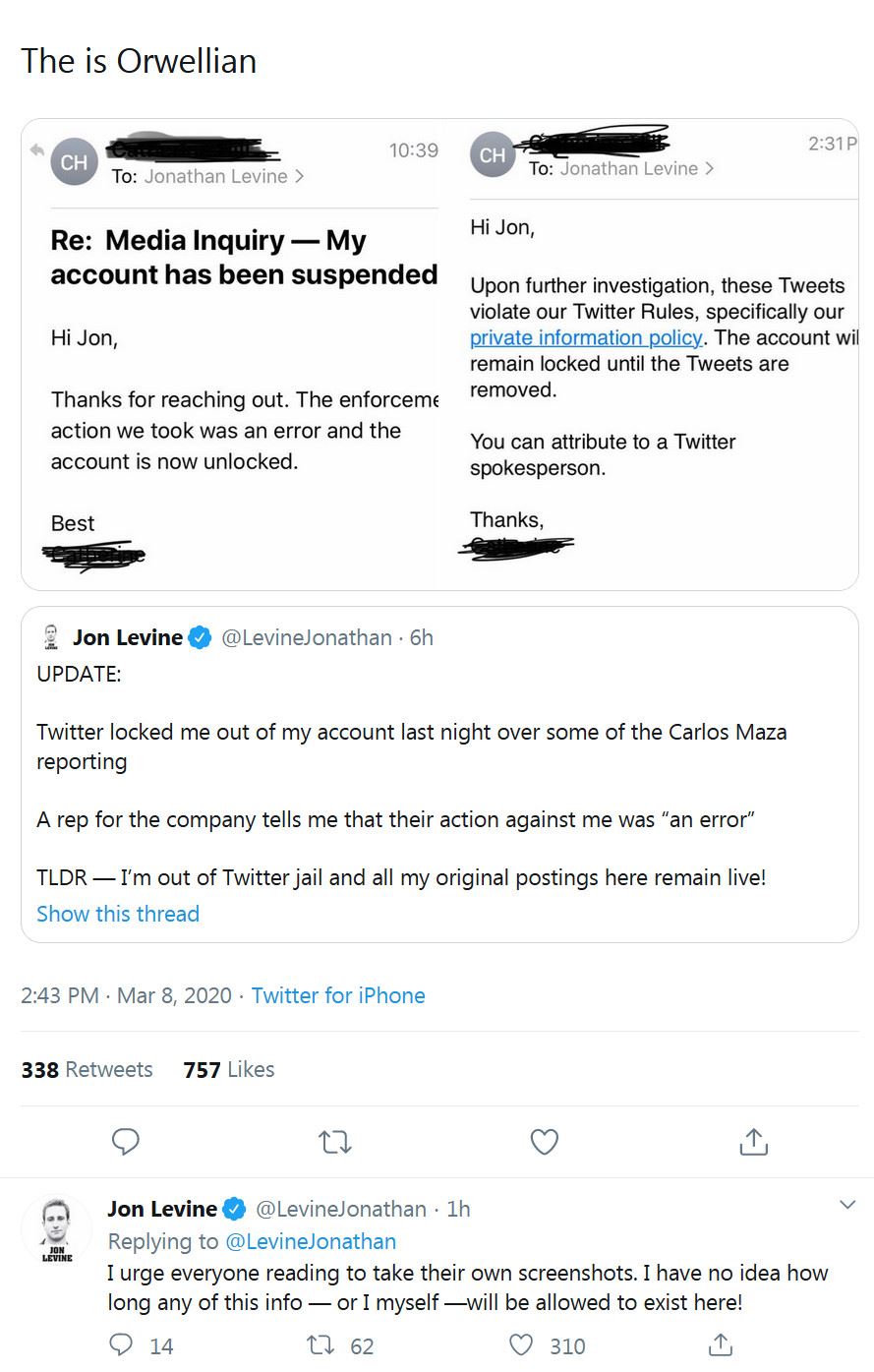 THREAD:
This week, in light of discovering that Facebook has granted a former @CNN editor of 26 years, “fact-checker” status to censor and ban conservative accounts, I engaged Covington Catholic lawyer @ToddMcMurtry to go after @Facebook…

You can read the demand here: pic.twitter.com/Otj4TaU8Fh

“Exterminator. You got rats. Rats.”

Sooner or later, some GooglePlex executive jet taking off from Los Gatos will find a black market Stinger seeking to mate with its right engine. Depend upon it.

Sooner or later, mortar rounds will start dropping onto the veranda of Zuckerberg’s gated and walled home in Palo Alto.  Depend upon it.

Increasing security will simply increase the length of the telescopic sights.  Don’t get me started on drone swarms or even a single hobby drone with a nasty C-4/Cellphone payload tapping its “whip on the shutters when all was locked and barred. ”

In the future, the social censoring elite, should they wish to remain both elite and capable of consuming oxygen, will have to live in situations like those of the all-powerful Presteign clan on the fully globalized no-borders Earth in The Stars My Destination:

Presteign was ushered to the jaunte stage within his New York office. It was a circular platform in a blackhung room without windows — a masking and concealment necessary to prevent unauthorized persons from discovering and memorizing co-ordinates. For the same reason, all homes and offices had one-way windows and confusion labyrinths behind their doors. To jaunte it was necessary (among other things) for a man to know exactly where he was and where he was going, or there was little hope of arriving anywhere alive. It was as impossible to jaunte from an undetermined starting point as it was to arrive at an unknown destination. Like shooting a pistol, one had to know where to aim and which end of the gun to hold. But a glance through a window or door might be enough to enable a man to memorize the Location Elevation and Situation coordinates of a place.

The Prevaricating Plutocrats Choice: Either live inside a labyrinth or buy a private island and ring it with sharks and security only to realize that in an era of private space exploration they will still be vulnerable to black-market nukes from a low earth orbit.

Sooner or later people will need some sharp reminders that when you mess with the First Amendment, the Second Amendment becomes the First.

And we ain’t talking muskets in this century. Depend upon it.

Previous post: “I ain’t afraid of no ghosts” Greg Gutfeld Explains It All To You