Yes, DemoProgs Really Are This Crazy: Trump’s Now a “Pancake Thief” … Who Pockets Them! 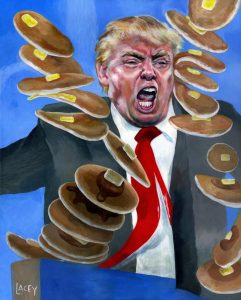 Hard to believe but the following was a seriously reported story that was squeezed out of the dead husk that calls itself “Newsweek.” It relates the tale of some dotty hi’land hag that once upon a time Donald Trump came into her house and jammed pancakes into the pockets of his suit without so much as a “cheerio.” Yes, that is literally what it says.

A relative of President Donald Trump has accused the self-proclaimed billionaire of being a pancake thief, having stolen a handful of flat cakes while on vacation at his late mother’s former home in Scotland.

A distant cousin of the president, Alice Mackay—related to Trump through his mother’s family, the McLeods—said the commander-in-chief is an unpleasant man who has never used any of his wealth to help his mother’s local community.

The 79-year-old spoke in glowing terms about Trump’s late mother—Mary Anne MacLeod, who died in 2000—and his older sister—Maryanne Trump Barry, 82—saying they were both generous people who made many contributions to the Isle of Lewis, an island located in Scotland’s far northern Outer Hebrides archipelago.

Mackay told Scottish newspaper The National: “I don’t like the man at all, he’s so unlike his mother and father.” She recalled that Mary Anne and Fred Trump were “lovely parents, I don’t know what went wrong with him. My mum and dad were second cousins. Every time they were over here they came to ours for dinner.” 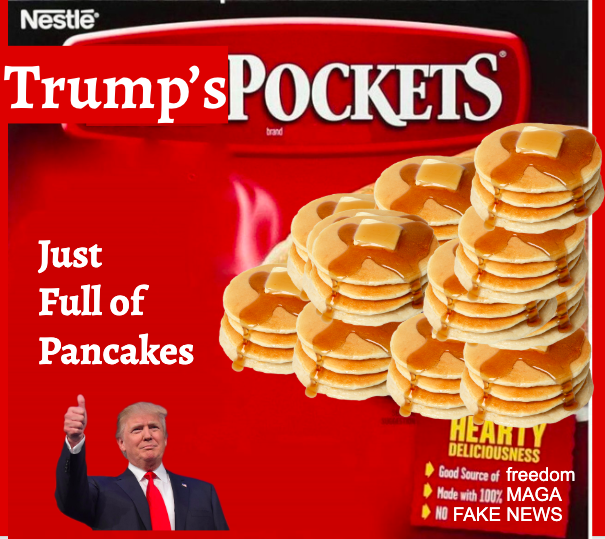  
Mackay recalled one morning when the future president committed two social faux pas in quick succession. “He was here one morning I was busy making pancakes and he had forgotten my husband had died,” she said. “He put a few pancakes in [his] pocket and never said ‘cheerio’ or anything.”

The White House did not immediately respond to Newsweek’s request for comment regarding the allegation of theft.

Trump visited his mother’s former home in the village of Tong in the northeast of the Isle of Lewis in 2008. According to The National, the president has only visited once, and spent just 97 seconds in the home where his mother was raised alongside nine siblings.

During his visit, Trump said he had been “very busy—I am building jobs all over the world—and it’s very, very tough to find the time to come back. But this just seemed an appropriate time, because I have the plane… I’m very glad I did, and I will be back again.”

RELATED STORIES
Republican Journalist Doesn’t Want to Befriend Trump But Will Vote for Him
Conway: Democrats ‘Harassing and Embarrassing’ Trump With Impeachment Talks
Elizabeth Warren Says Both Kavanaugh and Trump ‘Should Be Impeached’

Mary Anne eventually emigrated to the U.S. in 1930 at the age of 17. Settling in New York, she met Trump’s father Fred at a party and the two later married in 1936.

From across the Atlantic Ocean, Mary Anne retained her links with the isolated community, donating funds to help construct a village hall in the 1970s. Mary Anne visited Scotland regularly, and spoke the traditional Gaelic language when she did, according to the BBC.

Maryanne, who visited the area many times, continued in her mother’s generous tradition and donated almost $200,000 to a care home and hospice in Stornoway, the largest city on the Isle of Lewis. 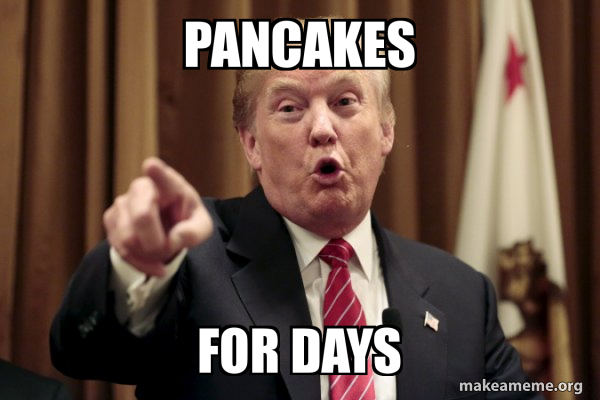