Under the Shadow of This Red Rock: Along the Colorado from Moab to Castle Valley 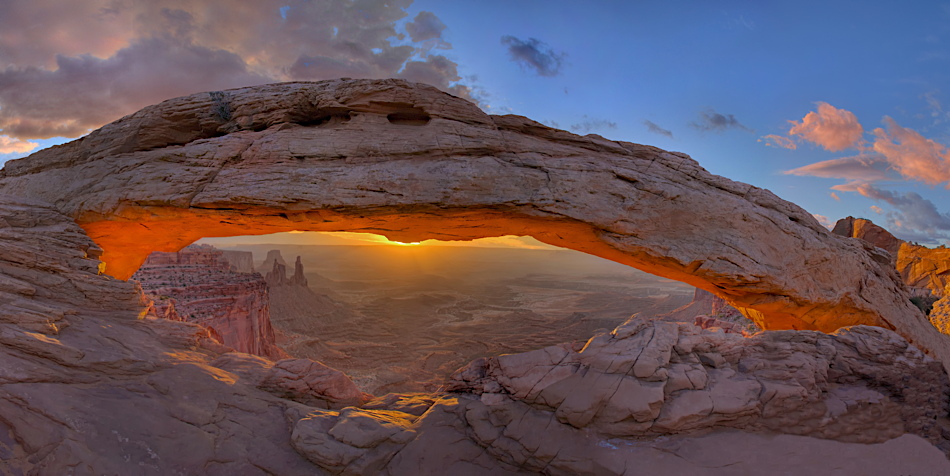 The river gouges its way down into the rock as the stoneland around it surges upwards. The cracked stacks of strata rise towards the vault of sky at a pace that makes the growth of glaciers seem a sprint. When the river’s downward adze works through the strata’s uplift the walls of the chasm soar thousands of feet up until all they frame is a slim ribbon of blue slashed with contrails.

The road — smooth two lane blacktop on top of an amalgam of granite, grit, arrowheads and dinosaur bones — runs beside the roiling green muck of the Colorado whose banks are fringed with the sharp slate branches of tamarisk ringing patches of lime green cottonwood groves. Along this road mostly carved out of the cliff and still studded at times with sandstone boulders the size of a large house cars and semis scuttle like bronzed beetles catching glints of sun on their carapaces as they slide in and out of the chasm’s shadow.

Across the river or beside the road the vast slabs of rust tinted sandstone first tower and then, towards dark, close in above you like hands beneath the sky closing in prayer. The red rock marches for miles along the river, unpurposed cathedrals of stone for titans long gone down into earth. 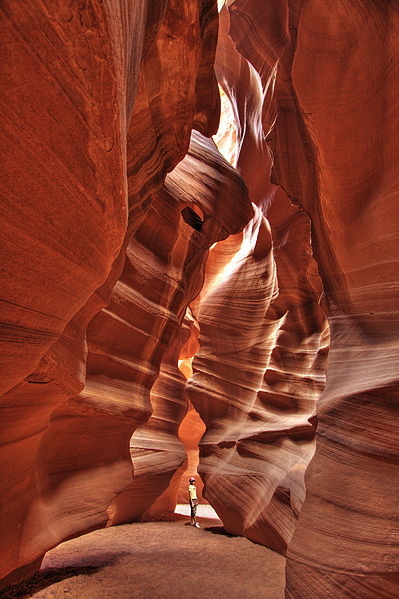 Along the face of the red stone acre upon acre of slick black vertical pools of desert varnish expand at a pace outside of time. Their blank black panels spread like blotches of the space between the stars. Red lines scratch their surface and sketch designs of random shapes that only emphasize the black sheen that frames these indecipherable notes; notes written in the alphabet of stone and time; notes you can learn to limn but never decipher.

As on other roads in the southwest your first response is “how beautiful.” Your second response is “how spectacular.” And then, after a time, your last and lasting impression is of how monumentally indifferent the land is and shall remain. It’s then that you see how the long, long life of this land has and shall endure; how all that we are, all that we have been, all that we hope or fear to become, is only — added all together and recalculated for its sum — equal to at most an inch of time.

Along this river run you’ve come to the place where the bones of the earth are bare and where you know, in your own birdlike bones, the vast, the eternal, the extreme and the utter blank indifference of the land to the plans of man.

Steeped as we are in our idle affluence and a cultural boredom that seems to be relieved only by a ceaseless celebration of the most base of us, our fully indoctrinated and colonized minds of the “intellectual” class are prone to many cheap and loosely laminated intellectual fads. One fad popular now for a few decades is that humans should somehow “care” for and about the Earth. The attitude of “caring about the Earth” must be accompanied by a ceaseless preening and pursuit of the expression of that care in word, deed, policy, and even prayer to some imaginary spirit of the planet. The reward is the “Good Person” medal of Caring. Alas, in the reality of the universe that lies outside of time and outside of our Institutions of Higher Mind Colonization such posturing is all mere bosh and piffle.

Along the river road, under the bones of the rock, where the Earth is seen stripped bare there is no caring to be had and no caring that is needed. The stones hold no intent or emotion that man can fathom; man  is not that strong and not that wise and not that deep. All he can do is hear, if he listens long and closely, the fading bass note of the Earth’s eternal indifference in a land that, like the God of the oldest testaments, is formed of stones utterly silent and forever outside of time.

Suffer us not to mock ourselves with falsehood
Teach us to care and not to care
Teach us to sit still
Even among these rocks….
— Eliot, Ash Wednesday

Next post: “I think Christine Blasey Ford is a fake and a phony, and here’s why”