The Shades of Green in the Green Shade. 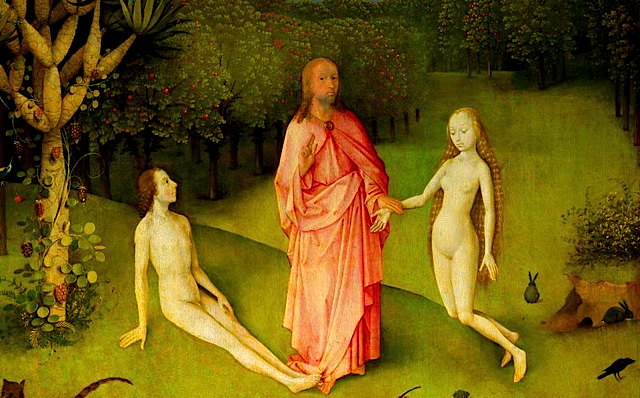 “I am the Guardian of the Gates of the Emerald City. May I inquire who you are, and what is your business?” — Oz

When the burning dry summer is long and the sun drives me into shade on deeper shade I find my mind begins to glide on green. It’s then that the unquiet ghost of Andrew Marvel appears

“Annihilating all that’s made
To a green thought in a green shade,”

and I attend to the world that is rather than the world as I would wish it. There’s comfort in the “world dimensional” — cold though it may be, green as it has become. The comfort comes from attending, from paying attention to the shades of green in the green shade.

If you attend you can catch the quick blue crocus jumping over the damp moss tendrils — bright cups of cerulean with slashes of yellow and orange in the center — bursting in a day and flash-frozen and slumped to a sigh in one night. Slumped against the earth’s daubed quilt of green which in a motley of hues endures.

Here high on this hill above Seattle, the blocks below form an island of Ireland where green is the keynote color of this time in this place. What lawn I have that is still unconquered by armies of weed is a symphony of greens painted by the tireless fingers of grass, lichen, mold and moss, punctuated by a single errant crocus with a tip of vermillion gleaming at the top of its jade tower at the edge of the walk where no hand planted it. Out on the everdamp peninsula of my postage stamp backyard the slab of aggregate and concrete has taken on an ebony green sheen from an algae bloom on its misted surface. All the flower pots and buckets brim with water waiting for the lotus and the lily pads.

Strolling the sidewalks one sees that this or that car, left too long parked, sports on paint and trim, on safety glass, a dusting of moss. Looking up you see that the roofs of the houses display mainly moss in small gardens on cedar or asphalt shingles. Where their walls touch concrete slabs clots of moss cluster ringed with miniature moats. Behind the moats they seem to make their own soil through some strange alchemy of rain and air and rise in small hillocks higher by the day.

It is early in the year but late in the long winter of 2013/14 and the Great Northwest is the Empire of Ice Green. It is that storied Great Green Room, sans telephone, sans red balloon, lacking comb and brush and mush, where Someone unseen is whispering, “Hush.”

Bridge
Of green, the color out of space.

If not for the tyranny of the color wheel green would be “primary” color. There is nothing “secondary” about green. Green seen holds good and ill, death and life, upon one tether. Green is growth in stalks, shelter in boughs, splendor in the grass. Seen around the gills green is the sign of sickness, the promise of decay and death. In the realm of the mammal, green bodes ill. In the realm of the vegetable, green foreshadows or announces the edible. In the realm of the mineral, green gleams show the emerald, glows from the jade, and as the patina on copper’s conductivity delivers transmitted, transmutable energy with the sting and the speed of light from sun to socket. 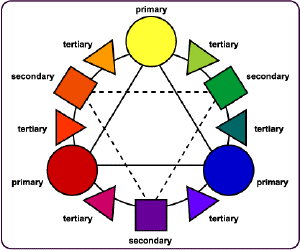 Green. Secondary on the wheel of color, primary within the world. Green. The sheen between seed and grain, between the sowing and the harvest, the premise of bread, where waves of green turn amber and from that fruit we form the holy wafer that once blessed becomes the flesh of God — “This is My body.” 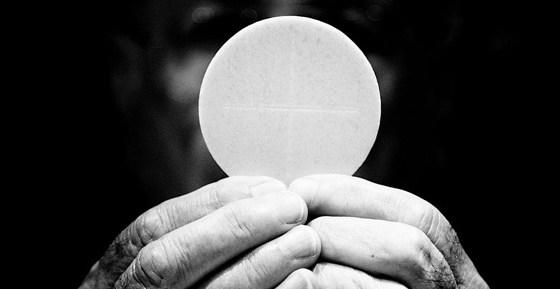 And in the ages before, in the time after Eden — previous, previous — when the ice sheets receded and the green man stirred, and decked in boughs walked the paths in Druid echoes, uprooted and ambulatory along the spine of life, of years, the ancient of days when trees and flowers spoke in glades 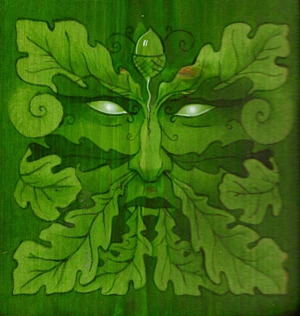 Of asphodel, that greeny flower,
like a buttercup
upon its branching stem-
save that it’s green and wooden-
I come, my sweet,
to sing to you. 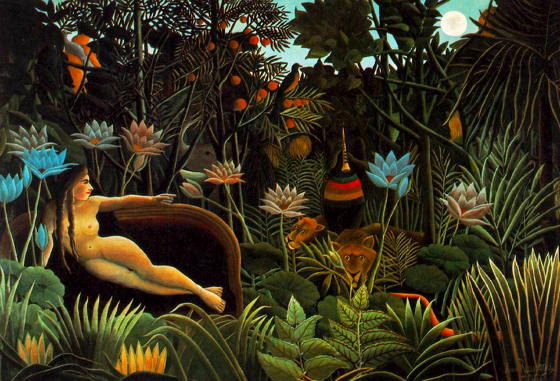 Green is shy of no colors except the red. In the heat of red times, in the halls of the red death, we seek the cool greens. In the midst of the vast blue, hovering above the deep, we maintain lookouts to call out the first hints of green on the far horizon. Green is either the bass note of our lives in the verdant forested spaces of the Earth, or the high cry sounded when seeing the longed-for oases that accent our deserts, inner or outer, of sand, dust, desolation, ocean. Even faring far forward, voyaging beyond now, when we’ve gone out from this home at one AU from our star and scanned the stars with eyes of beasts our bodies space-bound will yearn to return; to recline on the slopes of green:

We pray for one last landing
On the globe that gave us birth.
Let us rest our eyes on the fleecy skies
And the cool green hills of Earth. 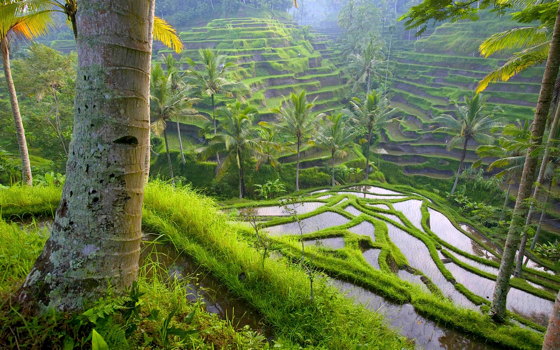