What It Would Take to Kill New York City 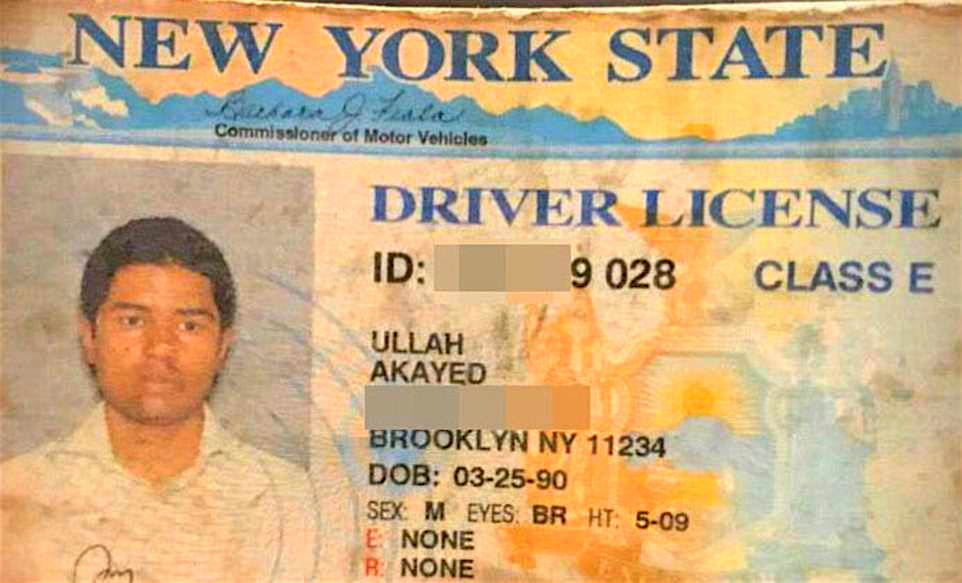 Ullah built the pipe bomb in his Brooklyn residence a week before the attack and began compiling materials two to three weeks earlier, investigators said. He filled the bomb with metal screws, which he believed would cause maximum damage. On Facebook the morning of the attack, authorities say Ullah posted a statement: “Trump you failed to protect your nation.”– – abc7ny.com

Back in 2004, I wrote the following “scenario” of what it would take to kill New York. I’ve updated it once or twice since, but it still works. I see that currently terrorists are thinking a bit smaller and simpler. And if they miss, they all think: “No matter. We’ll come back tomorrow. We’re sure to get a winner one of these days.”

For over a year after the 9/11, I used to think about the nature of the Brooklyn Bridge, and how easy it would be to damage this 19th century structure every time I walked across it — which was often.

On September 11th I stood at the Brooklyn end of the bridge handing out water to the ash covered ghosts that came walking across it in endless droves.

After the 11th it was closed except for emergency vehicles for weeks on end. After that the bridge was guarded and vehicles vetted on a random schedule for months. For all I know this goes on today.

The Bridge and what it represents and, more importantly, what it controls in the way of access to and from NYC, makes for an exquisite lynchpin for a memorable workday morning in New York City. The way to work this little terrorist scenario is as follows:

Four dedicated homicide terrorists decide on a date certain to carry out something they have only rehearsed before. (Surely we’ve still got four sleeping somewhere near the Brooklyn mosque on Atlantic avenue about a half a mile from the bridge. After all, this is America where we hold all forms of religious expression sacred.) Because they are religious in nature and not given to alcohol or drug abuse, they’ve all held jobs in Manhattan for years and their morning ritual is nothing unusual. If there are any guards or surveillance people at any of the points these men pass through they’ve been seen thousands of times already. Always at about the same time. They are ‘routine.’

One gets up and takes the A train to Penn Station at about six in the morning on, say, a Tuesday. Gets there and pops out of the entrance at 7th avenue and 31st street, turns right and walks about a half a block to the Starbucks, orders a latte and sits down to read the Times. Backpack/bookbag on the chair beside him. As usual.

The second one takes an express under the river and gets off at 14th Street/Union Square on the East Side with his off-brand little naughahyde attache. It usually contains his lunch and a selection of papers. Today it contains a couple of modified fire extinguishers — the kind you can pick up at the local hardware store or, say, the Costco along the Brooklyn waterfront about three miles from the Atlantic Avenue mosque. Just a little something he’s bringing to the office ‘in case of fire.’ You’d have to look carefully to note the seals have been broken.

He comes out of the subway and bides his time at the McDonalds on Union Square with a fine little Egg McMuffin.

The third man stops by an apartment building along Atlantic avenue to hook-up with his friend. They always walk together to work across the Brooklyn Bridge. They have for years. His backpack usually has some workout clothes for the gym. Today it contains a small Uzi and extra clips. The fourth has a similar backpack that usually also has some workout clothes. Today, before he leaves the apartment, the fourth man places a sequence of shaped plastique charges with either a cell phone detonator or a dead-man switch into his backpack He’s probably armed as well. 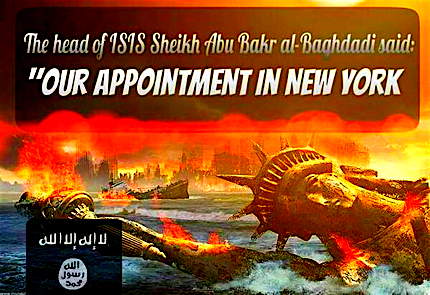 When the last two have reached the stairs that lead up to the pedestrian walkway on the Brooklyn side of the Bridge at, say 7:30, the 3rd man phones the first two and gives them the 10 minute warning.

The man at Union Square goes down into the Union Square station and stands in the crowds on the platform near the uptown / downtown platforms. The trains have to stop on a curve here and the loading and unloading is always slower. If you stand to the end of the platform you can cover two lines at once. You tend to fade into the crowds coming and going as the morning rush begins to build.

The man at the 7th Avenue Starbucks goes into the bathroom stall upstairs and, opening his backpack, inserts the detonators into his explosive vest packed with a couple of layers of nails and ball bearings. Checking to make sure it is armed and good to go, he makes his way back to Penn Station. He gets in the back of the long lines waiting to buy rail tickers or subway passes in the midst of hundreds of people milling about.

The two on the bridge stroll past the security folks that may or may not be at the pedestrian entrance of the bridge. They walk about 150 yards out onto the span to where the cable is just a short little walk across the metal struts from the walkway. Pausing, one takes out his cell phone and gets the other two conferenced in while the other takes the shaped plastique charges from his backpack.

Now are, at about 7:40 Tuesday morning, all dressed up and with a lot of things to do in a very small amount of time.

The two listen in on the cell phone as the man on the bridge goes to work while the other stands ready.

Step one: Remove automatic weapon from backpack and empty a clip or two into the pedestrians, the bike riders and also into the cars below.

The resulting dead bodies and carnage from the accidents in the cars below essentially bring the bridge to a halt and give his partner some working room.

Step two: Walk across metal struts to cable with the plastique explosive belt from backpack and sort of loop it around the cable. If your explosives technicians know what they are doing, this is a shaped charge that will, at the very least, damage a main cable if not sever it.

Step three: Say your prayers to Allah and trigger the device.

When the cell phone connection to the men on the bridge goes dead, the fellow at 14th Street probably shoots a few people near him to give him some working room, takes the modified fire extinguishers out of his case and unloads a large cloud of anthrax or some other chemical or biological agent into the uptown and downtown tunnels at Union Square. The vast amounts of air pushed by the trains will disperse it quite nicely up and down the line.

The third man at Penn Station decides he doesn’t need a subway pass for the next few instances of eternity, puts the cell phone away, gets to the center of the crowd and triggers his explosive vest. At about quarter to eight in the morning the immediate result is hundreds of shredded, dead, and wounded New Yorkers who never saw it coming.

Four men. Three cell phones. Maybe about 15 pounds of plastique and a couple of liters of anthrax. That’s all it would take. New York would, in a moment, come to a complete halt and stay that way for some time.

Political result? Hard to say, but it would create a political climate in the United States where the nuclear option would become very, very real. New targeting instructions would be passed to the submarines and the land based missiles within three hours if they were not already there. Muslim round-ups would ramp up into the stratosphere. Voices urging restraint and respect for individual freedoms will be steamrolled into silence. John Kerry would know in an instant that the only thing that will keep him from becoming the Senior Senator from Massachusetts will be Teddy Kennedy and that little alliance will be kaput.

So, as you can see, the understanding of American symbolism is not lost on our enemies. They love this sort of thing. One might even say “They’re just dying to do it.”

Then again, since our security is now first rate, the best that billions can buy, it can’t happen here. Can it?

From MARCH, 2004: What It Would Take — A Simple Scenario @ AMERICAN DIGEST