The Right Fool for the Right Job 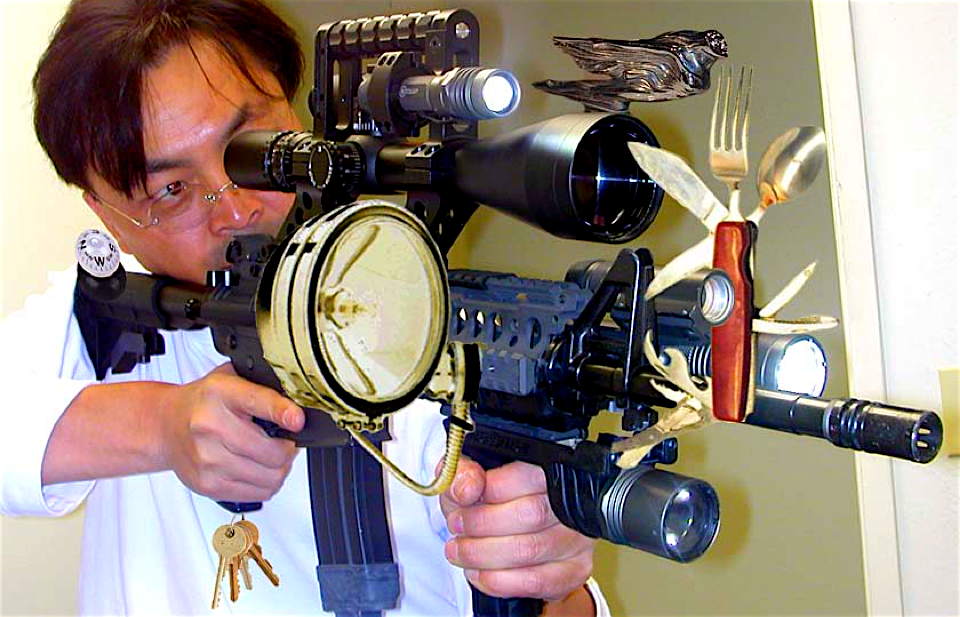 “No problem. I’ve done this thousands of times….”

Every time I think that mankind really is “the crown of creation,” something like this comes along to confirm we’re just God’s experiment with “the smart monkey” to see if He can better monologue material for “The Eternity Show:”

A man has been severely injured after attempting to loosen a stiff wheel-nut on his car by blasting it with a shotgun. The 66-year-old American shot the wheel from arm’s length with a 12-gauge shotgun and was peppered with ricocheting buckshot and debris. According to a sheriff’s office report, he was taken to Tacoma General Hospital with severe but not life threatening injuries. His legs, feet and abdomen were worst affected, but some injuries went as high as his chin.
The man had been repairing a Lincoln Continental for about two weeks at his home near Southworth in Washington state, about ten miles from Seattle. He had successfully removed all but one wheel-nut on the right rear wheel and resorted to firepower out of sheer frustration on Saturday afternoon. — Man hurt after blasting wheel with shotgun

How I would have loved to have been listening in on that thought process:

“ARRRRGH! SHIT! Barked the knuckle…. no problem…. just get this big Visegrip and lock it down…. there…. now just whack the sucker with this small sledge hammer and…..”

Deep measured breathing and slowly rising wrothful rumblings ensue as the afflicted limps and hobbles about the shop.

“That’s it. THAT’S IT! You sombitch nut. You’re COMING OFF BABY! OFF! Time for the BIG GUNS!…. Guns? Yes, that’s it. I’ll just BLOW THIS MOTHER OFF!

And then a silence over which we hear a slowly rising siren and the a small voiceover saying, “I wonder if they’ve got Monster Garage on the hospital’s cable system….”

Next post: On the Most Ancient Virus to Infect the Human Soul