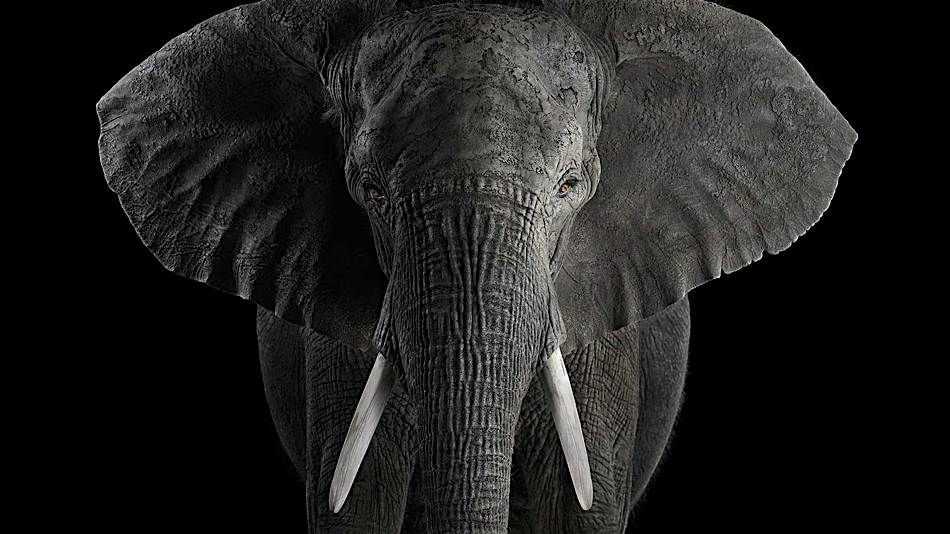 Any sound that Winston made, above the level of a very low whisper, would be picked up by it; moreover, so long as he remained within the field of vision which the metal plaque commanded, he could be seen as well as heard. There was of course no way of knowing whether you were being watched at any given moment. How often, or on what system, the Thought Police plugged in on any individual wire was guesswork.  — Part I, Chapter I, Nineteen Eighty-Four

The new racism in America stinks. The whole revolting social media rapping and raping has filled me with a new found revulsion for our politics. I’d thought that in the last year I had seen the raw and rotten bottom of our politics. I forgot that for the progressives bent on the destruction of freedom there really is no bottom. And hence I am compelled to commit the following thoughtcrime.

My crime is this: by writing out the following word, “nigger,” I have just committed a social crime more heinous than smoking a cigarette within three miles of a day-care center. I have committed thoughtcrime with no crimestop. But what is done, sigh, is done.

I’ve done many thing in my life that have made me potentially unelectable to any office in the United States.

There are photographs of me smoking cigarettes in a land where the only two things the educational system teaches children is that cigarettes are bad and the New York Times is good.

My religious affiliations are dubious and transitory. I tend to change churches as others change sox.

That word,  that dastardly N-word, has now become part of my “Permanent Conduct Record….”

While I am a member of the largest minority, it is the only one that is unrecognized by the Diversity Stamp of Approval Bureau. After a lifetime of voting the Democratic ticket, I became so nauseated by Teresa Heinz Kerry and her consort in 2004 that I actually voted for George Bush, the W-One. To compound this sin I then moved to Seattle, Washington where Trump Derangement Syndrome has claimed the brain death of approximately 97.6% of the population.

Yes, I am one American citizen whose chances of being elected to anything, before this essay, hovered at .001 %. But with the single word in the essay above I have, for all eternity, sealed my political doom. That word,  that dastardly N-word, has now become part of my “Permanent Conduct Record,” and has, as far as the ever-alert pecksniffs of our shared political purity are concerned, made me an outcast. Alas, I am forever doomed to wander the barren heath where dwell the “hard-core unelectable.”  I shall soon be able  to:
“…sit upon the ground
And tell sad stories of the death of kings:
How some have been depos’d, some slain in war,
Some haunted by the ghosts they have depos’d,
Some poison’d by their wives, some sleeping kill’d;
All murder’d.”

Murdered by the “N-Word.”

It is not, mind you, that “The N-Word” is forbidden or never heard in this fair land at this time. On the contrary, “nigger” is spoken, sung, shouted and roared from the rooftops of our culture to an extent I have never witnessed in all my decades.

The word is blasted across the blank forebrain of our culture every minute of every hour of every day. Not only can it be bought in huge quantities at every online and offline record/DVD store in the country, it is also blasted into our city streets by large vehicles mounting sound systems that can drop a charging rhino at 100 yards and cause small dogs to implode in penthouses high above our ticky-tacky boulevards. At vast nocturnal gatherings of our most vital and hyper-sexual young people, the word is drummed out in endless celebratory chants as all assembled shake, shake, shake their money makers to the non-stop N-chants of our perpetually preening princes of pop. If rappers were smart enough to be pilots, they’d sky-write it.

For, lo, this Word of N which once emblemized both race-hate and a degraded and disgraced secondary state of humanity has, through the alchemy of the asses and the asinine among us, been mystically transmogrified into something approaching a holy incantation. From a mongrel word it has be made magical. An abracadabra of assholiness. But the use of this magic word has, as the high priests of pap always assure us, been made unavailable to the many to enhance the power of the few.

The N-Word is the carrier of a strange disease. It is a disease that those who would benefit most from its eradication seek desperately to maintain.

The Word of N is now the sole possession of the REMD (Racial Establishment of Monetized Defeatism). It is a closely held stock whose possession assures that, the more we strive to put racism behind us in this country, the more it will be kept alive in order to maintain the parasite of racism’s ability to feed upon the host culture and continue to enrich its stockholders.

The N-Word is the carrier of a strange disease. It is a disease that those who would benefit most from its eradication seek desperately to maintain. After all, if the scourge of racism were ever allowed to fade from our land, where would all the people with jobs and investments in the continuance of racism go? How would they live? How would their mortgages be paid and how would their car, boat and second-home payments be met?

For if racism is allowed to die a natural death, isn’t the Race-Hustling industry also on-line for the grave as well? This can’t be allowed to happen. Too many people are getting too rich.

The crowning irony is that those benefiting are not all black. Not by a long shot. That is why rather than sending the N-Word into a well-deserved oblivion with the ghosts of the KKK and the lynch mob, it has been made, instead, into a Holy Word; a cross between a mantra and a prayer with just a whiff of violence attached so you don’t get too cocky with it.

I am “one of those” who are denied access to this new Holy Word simply by an accident of my birth and racial heritage. It matters not one whit what the First Amendment may say about all English words being free to all, there is one word there that is not free to me, and I may not say it or write it ever without dire consequences to my social and political and employment chances in America today.

Evoking the F-word may or may not be a firing offense in America today, but for a person of my race the mention of the Word of N most certainly is. Context has exactly nothing to do with it. Indeed, as some will recall, the use of a word that even sounds like it, such as “niggardly,” is a potential firing offense. Even the first syllable seems to have become forbidden to those suffering my genetic misfortune over which I have no control.

Yes, I was to my everlasting shame and regret born a White, Anglo-Saxon, Protestant — AKA “WASP.” This awful affliction looks like this:

This is fixed in my nature. I cannot change it and, no matter how much I may have done, no matter how much I do to carry forward the banner of a raceless, classless society in which all me are judged “not on the color of their skin, but on the content of their character;” to raise high the escutcheon of a perfect world, a perfected America, I know that because of the accident of my birth it will never, ever be enough.

I once thought, when I was drowned deep in the somnambulant 60s dreams of racial equality, that we could — as people of good will working together — achieve the dream of Dr. King. Now I know it is nothing but a chimera. The truth is that good seldom overcomes greed and there is simply too much money to be made and to many jobs to be handed out by the Racial Grievance Industry of America.

The once admirable Racial Equality movement in America has regrettably transformed itself within a mere 50 years into a Racial Inequity in Perpetuity Movement, and is probably more entrenched than a government bureaucracy — especially since many government bureaus and employees have a role in it. As a result, there is no sense in yearning any longer for a raceless or classless America.

The control of words and images by the Race Hustlers of America ensures that that day will never come about no matter how much the people yearn for it. As long as the cheap mouthpieces of a faux ghetto identity strut and fret their weary wares upon the stage of our corrupted culture, as long as there is one grill left to be set on one pair of greedy teeth, as long as the Holy Grail of a Big Reparations Check is dangled in front of all those that hold within their genes a single sequence of African DNA, the Race Hustling Religion of America will never fold up its tents and steal away. It is just too much of a Gold Cash Calf to walk away from.

And, like all religions sunk in the pagan fantasies of violence and degradation, the Race Hustling Religion will have to have, from time to time, a white human sacrifice to underscore its power. That sacrifice, like the vast heart ripping fornication festivals of the Aztecs, needs to be repeated and repeated and repeated until the charnal house of black race hatred is overflowing. The N-Word crime demands all those accused be erased form the book of life;  punished immediately and without trial for some ancient, vague, unproven and unprovable, use of “The N-Word.” The thinking of it alone is thoughtcrime and gets you on the list.  I’m probably on the list now. But I know all you who are reading this are safe. After all, you’ve never, ever said or even thought that terrible soul-destroying Word of N.

Next post: DRIVE BY: “I dream women will someday have the same rights as guns.”

Previous post: An Oscar Tribute to Those We Lost