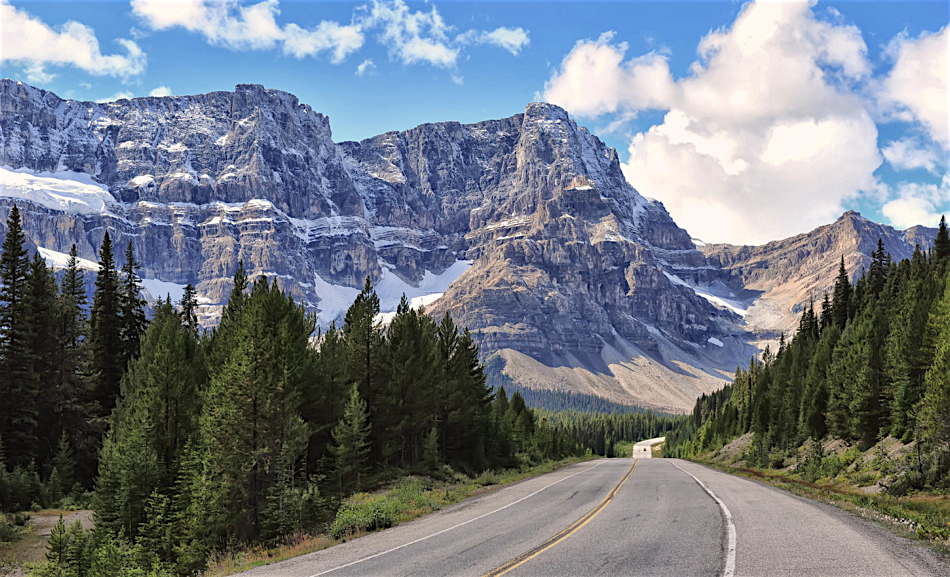 A clear day and a long road running south out of Nelson in British Columbia towards the US border with autumn closing in. Lakes loom on the left embraced by the forested mountains that rise up displaying more greens than can be counted. The air, as it slips by the window, is crisp even in late August. Somewhere up past the first two ranges of mountains, snow lingers. It’s a perfect day and the road goes on forever.

We come over a rise in my red Mercedes 560 SEL and see curling out before us between the forests a rolling S-curve of smooth asphalt arcing down the valley and then up and over the hill far beyond and gone. My passenger, skilled in racing very large motorcycles very well, looks at it and says, “That’s the road motorcyclists dream of. Perfectly banked and perfectly curved with a long, long sight line and no oncoming traffic. Give it the gas.”

I pity that future that won’t ever experience the sweet feeling of motoring in a vehicle with a large internal-combustion engine running on heavy fuel. A vehicle with a glutton’s diet of pure petrochemical byproducts. A car that turns the sunshine that fell to Earth on some antediluvian day 500 million summers gone into a surge of pure speed on this fine August afternoon.

Next post: Names Gone Wild! -or- I know, let’s call her “Japonica”!

Previous post: The End of Science Fiction BY LISEL MUELLER