No Man is an Island – John Donne

Then, in the fourth dreadful year of the war, as the American Expeditionary Forces (AEF) assumed fighting strength and prepared their first great offensive against the Germans, the flu struck. By the War Department’s most conservative count, influenza sickened 26% of the Army—more than one million men—and killed almost 30,000 before they even got to France. On both sides of the Atlantic, the Army lost a staggering 8,743,102 days to influenza among enlisted men in 1918. The Navy recorded 5,027 deaths and more than 106,000 hospital admissions for influenza and pneumonia out of 600,000 men, but given the large number of mild cases that were never recorded, Braisted put the sickness rate closer to 40%. 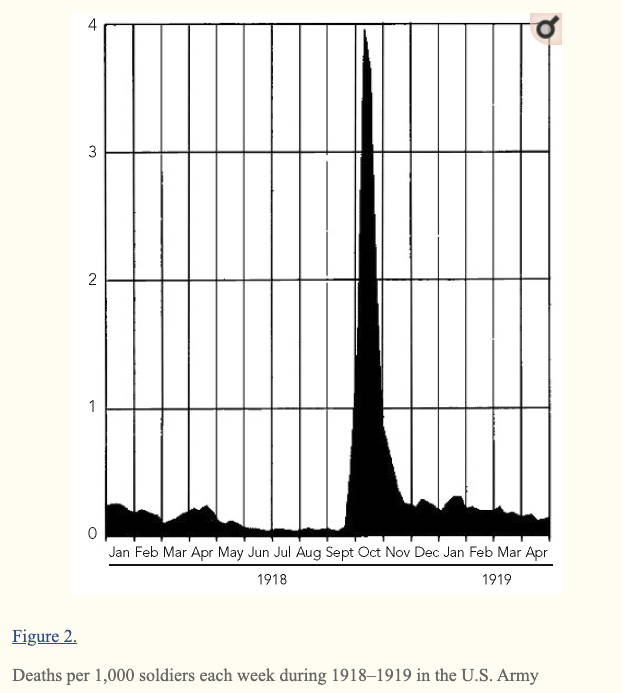 Next post: Playing with Fire: You want a boogaloo? Here’s how you get one.