Her earliest memory is being held on the shoulders of her father, watching the men who lived through the First World War parade down the main street of Fargo, North Dakota in 1918. She would have been just four years old then. When she was 90 years old she came to her birthday party wearing a chic black and white silk dress, shiny black shoes with three-inch heels, and a six-foot-long purple boa. She’s threatened to sing Kurt Weill’s ‘The Saga of Jenny” and dance on the table one more time.

She’ll sing the Kurt Weill song, but we draw the line at her dancing on the table this year. Other than that, it is pretty much her night, and she gets to call the shots. Which is what you get when you reach 90 97 and are still managing to make it out to the tennis courts three to four times a week. “If it wasn’t for my knees I’d still have a good backcourt game, but now I pretty much like to play up at the net.” [Note: Alas she had to give up tennis at 95 back when her knees finally gave up. She didn’t. Water walking twice a week. She gave all a scare a couple of years ago but came roaring back after major surgery and is more or less back to the regular schedule.] 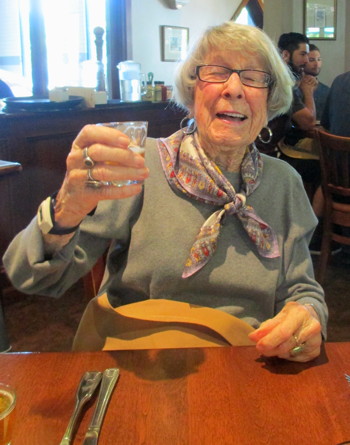 She plays Bridge once or twice a week, winning often, and has been known to have a cocktail or two on occasion. After her operation, she gave up driving much to the relief of my brother who fretted over it for several decades.

She keeps a small two-bedroom apartment in a complex favored by young families and college students from Chico State and, invariably, has a host of fans during any given semester. She’s thought about moving to the “senior apartments” out by the mall, but as she says, “I’m just not sure I could downsize that much and everyone there is so old.”

She was born deep in the heartland at the beginning of the Great War, the youngest of five children. She grew up and into the Roaring 20s, through the Great Depression, taught school at a one-room schoolhouse at Lake of the Woods Minnesota, roamed west out to California in the Second World War and met the man she married.

They stayed married until he died some 30 years ago. Together they raised three boys, and none of them came to any more grief than most and a lot more happiness than many.

After her husband died at the end of a protracted illness, she was never really interested in another man and filled her life with family, close friends (some stretching back to childhood), and was, for 15 years, a housemother to college girls. She recently retired from her day job where she worked three mornings a week as a teacher and companion to young children at a local day-care and elementary school. 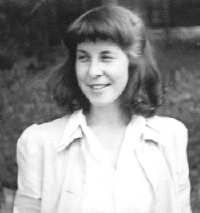 She has always been a small and lovely woman — some would say beautiful. I know I would. An Episcopalian, she’s been known to go to church but isn’t devoted to the practice, missing more Sundays than she attends. She’s given to finding the best in people and letting the rest pass but has been known to let fools pass at high speed.

Born towards the beginning of the 20th century, she now lives fully in the 21st. Nearly 15 years ago we gave her a 90th birthday party. It was attended by over 200 people from 2 to 97, many of whom told tales about her, some taller than others.

We didn’t believe the man who told about the time in her early seventies that she danced on his bar. He brought the pictures of the bar with her high-heel marks in it to prove the point.

Other stories are told, some serious, some funny, all loving. But they all can only go back so far since she has only been living in Chico, California for 30 years. I can go back further, and so, without planning to, I took my turn and told my story about her. It went something like this.

“Because I’m the oldest son, I can go back further in time. I can go back before Clinton, before Reagan, before Nixon, before Kennedy, before Eisenhower. We’ll go back to the time of Truman.

“It must be the summer of 1949 and she’s taking my brother and I back home to her family in Fargo for the first time. I would be almost four and he’d be two and a half. The war’s been over for some time and everyone is now back home and settled in. My father’s family lost a son, but — except for some wounds — everyone else came out all right.

“We’re living in Los Angeles and her home is Fargo, North Dakota, half a continent away. So we do what you did then. We took the train. Starting in Los Angeles we went north to San Francisco where we boarded the newest form of luxury land transportation available that year, the California Zephyr.

“Out from the bay and up over the Sierras and down across the wastes until we wove our way up the spine of the Rockies and down again to the vast land sea that stretched out east in a swath of corn and wheat that I remember more than the pitched curves and plunging cliffs of the mountains. On the Zephyr you sat in a plush chair among others in a long transparent dome at the top of the car and it seemed all Earth from horizon to the zenith flowed past you.

“At some point, we changed trains to go north into the Fargo Station and, as we pulled into Fargo in mid-morning, my mother’s family met us with their usual humble dignity — they brought a full brass band that worked its way down through the John Philip Sousa set list with severe dedication. They also brought me more family members than there were people living on our entire block in Los Angeles. There may also have been a couple of Barbershop Quartets to serenade us during the band breaks, but I’m not sure about that.

“My mother and brother and I were swept away in the maelstrom of aunts, uncles, cousins by the dozens, and assorted folks from the neighborhood on 8th Avenue South.

“The day rolled into a huge lunch at a vast dining room table where my grandmother ruled with an iron ladle. Then, after a suitable post-prandial stupor, my entire family rose as one and headed out to the nearby park for their favorite activity — trying to crush each other in tennis. When this family hit the courts, it was like a tournament had come to town. Other would-be players just took one look and headed for another set of courts elsewhere.

“I was still too young to play, although my mother would have a racquet custom-made for me within the year, so instead I would have been exhausting myself at some playground or in one of the sandboxes under the eyes of my older cousins. Then, at dusk, I made my way back to the courts.

“In the Fargo summers, the twilights linger long and fade slowly. And as they fade the lights on the courts come up illuminating them in the gathering dark. And I sat, not quite four, as the night grew dark around me and my mother and her family played on below.

“Now it is all more than sixty years gone but still, in my earliest memories, they all play on in that endless twilight. I see them sweeping back and forth in the fading light. Taunting and laughing together. Calling balls out that are clearly in. Arguing and laughing and playing on forever long after the last light of day has fled across the horizon and the stars spread out high above the lights. 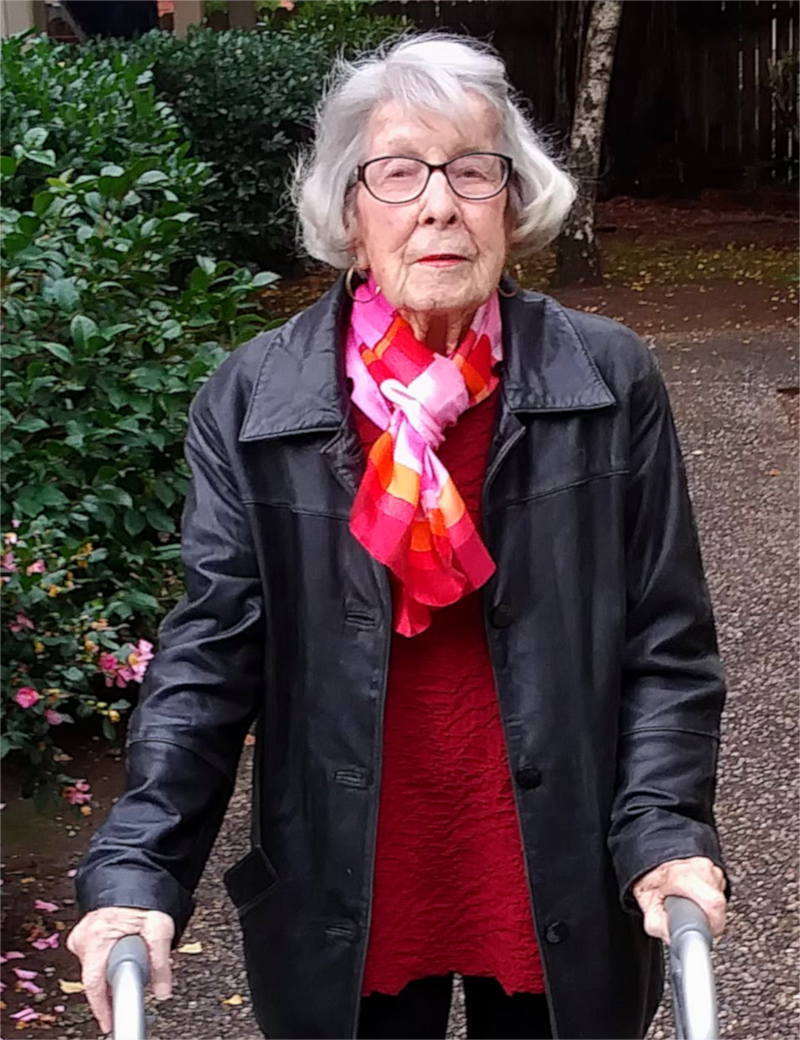 Previous post: In My Mother’s Small House Are the Mansions of Memory