Inside Blogball: “Was Social Media A Mistake? Here’s An Experiment To Find Out” by Robert Tracinski 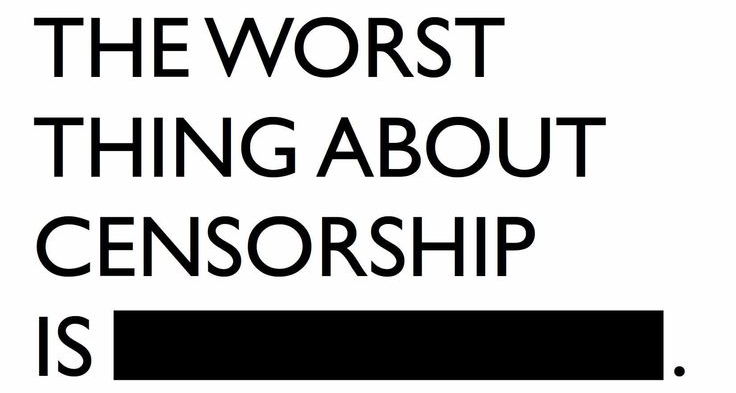 [Note: I don’t write a lot about “blogging” mostly because it always feels like some arcane techno version of Inside Baseball. Today’s article by Robert Tracinski, however, makes some valuable and salient points about our rush to convenience at the expense of free speech and free expression and a free and uncensored internet. — GVDL ]

“Was social media a mistake? Two recent events crystallized my answer to this question. First, conservative comedian Steven Crowder had his Twitter account suspended for a week because he posted a video on YouTube that was critical of âgender fluidityâ and used a Bad Word. The video was also pulled from YouTube, which you might not think of as a social media platform, even though it definitely is.

“Then Brandon Morse noticed Twitter was preventing him from tweeting a link to an article by a controversial conservative columnist. This follows stories of Google-owned YouTube âdemonetizingâ videos by conservatives, unplugging them from the ability to make money from ads, and Facebook and Google targeting conservative sites for hilariously inaccurate and tendentious âfact checks.â Itâs becoming clear that the big social media companies are targeting ideas and thinkers on the Right, and not just the far-out provocateurs and trolls like Milo Yianopoulos, but everyone.

“What strikes me most is the contrast between this and the Internet era before social media, before Facebook, Twitter, and YouTube swallowed up everything. Iâm talking about the 2000s, the great era of the blogs. Do you remember what that blog era was like? It felt like liberation.

“The era of blogging offered the promise of a decentralized media. Anybody could publish and comment on the news and find an audience. Guys writing in their pajamas could take down Dan Rather. We were bypassing the old media gatekeepers. And we had control over it! We posted on our own sites. We had good discussions in our own comment fields, which we moderated. I had and still have an extensive e-mail list of readers who are interested in my work, most of which I built up in that period, before everybody moved onto social media.

“The first was that maintaining your own website is kind of a bother. It doesnât cost much money to buy a web address, set up hosting, load up WordPress, and get goingâbut social media sites are free. It does cost a fair bit of time to set up and moderate a blog and to deal with the various technological complications that arise. Figuring out how to post ads or take subscriptions and get paid for your work is even more time-consuming…..

“So the blogs were mostly outcompeted. A few of the best and most interesting blogs became full-fledged online publications, but a lot of the small, quirky, one-person amateur bloggers moved onto social media. That turned out to be a big mistake, because the era of social media has recentralized the media. Instead of a million blogs—what Glenn Reynolds of Instapundit fame called an “Army of Davids“—we now have a social media economy mostly controlled by three big companies: Twitter, Facebook, and Google.

“So we get shadowbanning, arbitrary Twitter suspensions, and Twitter throttling the traffic of people they don’t like and controlling what articles you can tweet links to. We traded the old mainstream media gatekeepers for new, worse, less publicly accountable gatekeepers in Silicon Valley—a new breed of pinch-nosed Puritans with pink hair, piercings, and tattoos, who will shut us down if we don’t use the right pronouns….

RTWT AT  Was Social Media A Mistake? Here’s An Experiment To Find Out

Previous post: Something Wonderful: “God is the photograph of everything at once.” Seen from the Outside.