Grace in the Blue Ridge Mountains

The Asheville, North Carolina restaurant was one of those common to our post-post-modern world. Open and airy with a wall of windows framing hanging plants. Casual to the point of paper napkins. Sporting a list of local beers and — surprise — local wines. Tarted up with the kind of overtly ironic art on the walls where the painter has one statement and one image in his repertoire and repeats it ad nauseam. This time it seemed that the sensibility being trotted out was one of Hieronymous Bosch meets Hello Kitty.

The menu, a litany of updated regional classics such as black-eyed pea cakes, was relentlessly “improved” by garnishes such as avocados and Basmati rice. The joint’s “philosophy” — since all new restaurants must now publish a justifying manifesto along with their menu — centered on the now tedious homage to “local” “organic” produce and a dedication to “reviving tradition” — plus the removal of trans-fats. Collard greens, sweetened lima beans, and salty-sweet potatoes bracketed the entrees. In the center you’d find rib-eyes under slathers of sauteed onions, broiled slabs of local fish dusted with some orange spice, chickens with a roasted-on glaze, pork in five different variations, and dried cranberries slipped into cakes on the sly just when you thought it was safe.

It was a boutique version of the kind of food once common to the region, but that now survived either in roadside diners named “Granny’s” and “Hubert and Sal’s,” or at upscale nostalgic eateries such as this one. I suppose you could call it a “cuisine” — as the local magazines and guides are wont to do — but that word has too many curlicues. Call it “eats” and get on with it. 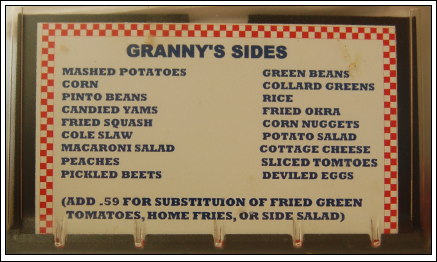 The diners seemed to agree and were not slow about getting on with their meals. One man to my right hulked over his plate like some Turkish sumo and ate mechanically as if his hands were backhoes in a mountain graveyard, the coffin inbound on the midnight train and the kinfolk getting antsy. Across from him, a slim woman ate in a punctuated manner and talked at him at the same time, her hand gestures angular and as precise as scalpels. He nodded dully as if barely feeling her opinions and just put his head down and ate right on through them, looking up just often enough and nodding just slightly enough that she might believe he was actually hearing her.

Hearing anyone was a sometimes thing in this room. It was one of those restaurants whose hard ceilings, walls, and floors made for a constant din and clatter and clang. You had to raise your voice to be heard over it, and — since raising your voice added to the din — it made you and everyone else speak ever louder until the yabble peaked, then plunged into brief silence as everyone lapsed back into murmurs. Then it began building, again, inevitably to shouts, and so on.

It was a down-home yuppified place with a pretty good kitchen and fine intentions. It was a place where you could get the same meal you could get at “Granny’s Country Kitchen” out along the highway, but you could rest assured that none of the boys from the hills — those with flag decals on the pickup’s bumper and a deer rifle on a rack in the rear window — would be smoking or farting or telling tales next to you. This privilege only cost you about three times as much. 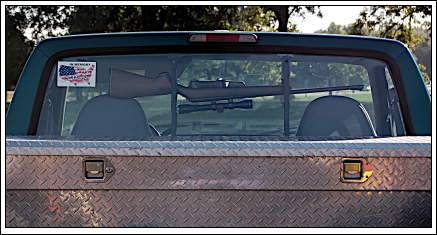 This was downtown Asheville in the heart of the freshly gentrified, cosmopolitan zone and instead of pick-ups rattling down the streets, Porsches prowled growling in the night outside the rock-climbing gym. This was an armed cultural hamlet in the New South, guarded by down-home decorating parlors ready to give your custom log-cabin that shabby chic lived-in look; where the sentries were hair salons called “The People” with mirrors in front of each station resembling nothing so much as the guillotines that “The People” of France once used so effectively in solving their aristocracy problem. The difference here was that the new aristocracy of this region was busy admiring themselves in the mirrors of these guillotines with nary a Marat or Robespierre in sight. Instead, downtown Asheville — or at least some small section at the top of the hills — was relentlessly promoting our new secular religion of senseless and endless shopping opportunities.

Down in the gulch streets below the mini-Madison Avenue of Asheville, a wide variety of ethnic restaurants from the Jerusalem Cafe to Mela Indian foods jostles with used book stores and the ubiquitous tattoo parlors. Antique stores have arrived with a vengeance as have poodles and other toy breeds that bring with them shops devoted to “canine cuisine”. After all, once you’ve got a whole generation of 20 or 30 and sometimes 40 somethings that have elected to raise dogs rather than children, nothing is too good for your fur-faced kids, is it? 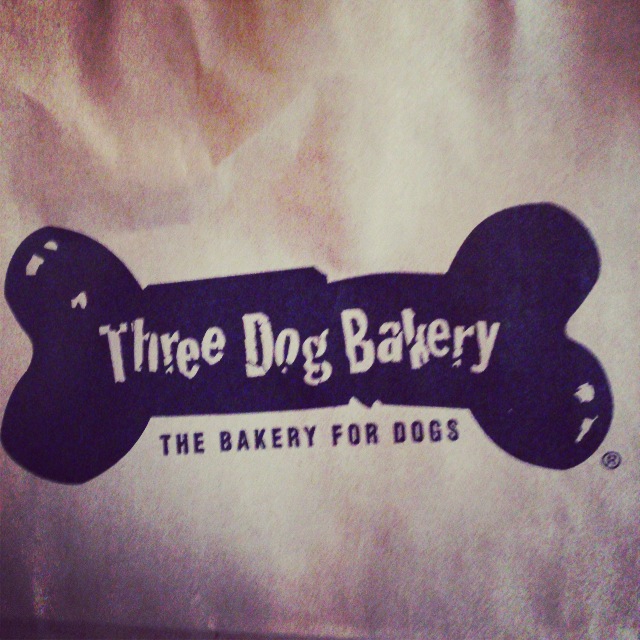 And where there are bakeries for dogs, there are restaurants whose owners handle regional foods as carefully as curators in a museum. In this, I admit, they do not do half-bad at the Early Girl Eatery where quick bread can be had at breakfast for three bucks a plate, and slow-cooked pork in the evening for fifteen. It’s not quite the roadside diner down in the hollar, but that land’s been bulldozed for one of the endless gated communities sprouting across the landscape in these parts like dubious toadstools. At least at the Early Girl you’re pretty sure the pork isn’t road kill. And even if it was, the sauces and seasoning would make up for it.

The check had come and I’d paid it. They’d filled the restaurant and turned it once since we’d been there. A popular place. A post-postmodern place, a place that was a sterling example of how we live now — the real and the regional reduced to a remembrance, the communities gated, the homes “maintenance -free.” History in a bottle, cleaned, pressed and with the trans-fats removed. Just the way we like it. Traditional in style but tradition-free in content. The experience without the meaning and not missing it.

As I got up to leave the family of six at the long table across from me was served with the quick flourish and satisfied air of presentation that is the style of serving these days. The was food steaming in front of them, but none of them made a move towards it. Instead, they talked quietly amongst themselves and seemed to come to a decision. They made their selection from among them. It was to be one of the daughters, a girl of about 17 I guessed. The din in the restaurant rose and fell, but the family of six sat quietly and then bowed their heads as one. Then they said grace.

I stood motionless at my table. I had, I thought, never seen this before in a restaurant. I’d seen it in private homes to be sure, but upon reflection I realized that I’d not seen it there in quite some time. And I was quite sure this was, for me, a rare event. I’d probably not been paying attention since it no doubt went on all the time, but still it was a startling moment. Perhaps I’d just been too long in Seattle where the only manifestations of spirit are flimsy; where the invocations are raised to a watery Buddhism or bloodless Unitarianism where God is impossibly distant if at all extant. Be that as it may, this simple act of saying grace did not so much shock me as still me. I paused to listen in. And the daughter did not disappoint.

Her’s was no gestural grace — “Bless this food. Amen. Let’s eat.” — but an extended meditation on the good fortune to find oneself among family and before a rich selection of food; an acknowledgment of an unusual level of being blessed by God, and a calling down of God’s grace on members of the family present and not present, and ending with a wish that God continue to bless the family, the community, the state and the country. Then, and only then, was “Amen” spoken and the meal begun.

Outside along the Asheville streets, it was a balmy evening. Down the block another restaurant offered “Exceptional International Vegetarian Food,” and a shop on the corner sold items imported from Africa whose purchase was purported to help suffering children here and there in that blighted continent. A local freebie paper picked off a stack had decided that a photo of a tribal protest in Santiago, Chile on the Dia de la Raza was important information for the citizens of this part of town. Down in the Asheville hipster-dopester-homeless gulch at a more cut-rate vegetarian restaurant, citizens with shaved heads, “message” t-shirts, multiple facial piercing and full-body tattoos were climbing the stairs in search of a bran muffin, bitching about George Bush, global warming, and their personal collection of STDs while complaining of residual racism in a city that seems more white than Seattle.

The road back to the house in the hills was dark and winding and you had to take it slow. Going back it was nice to know that somewhere, somehow, and for reasons that sometimes challenge all understanding, there were people still asking God to bless America. 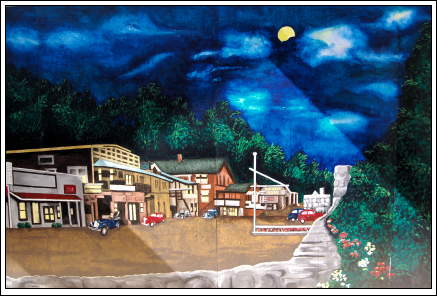