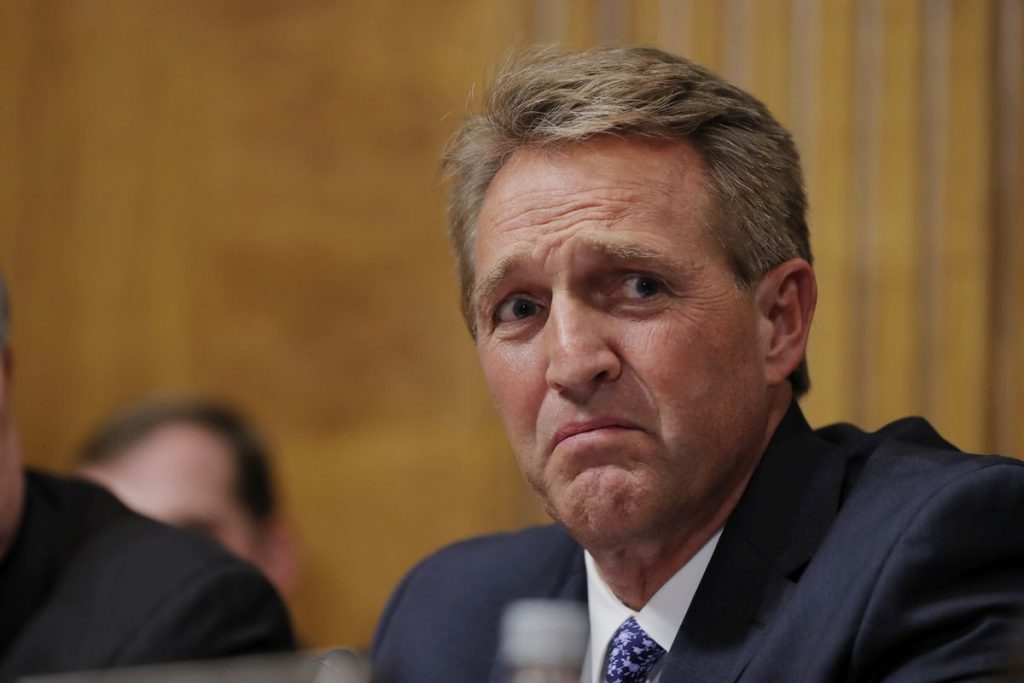 As stated by Scott Adams just now on his Periscope, “Did we have a government last week? Nope. We had a Jeff Flake. He’s a lame duck. He doesn’t have to run anymore. The voters. The committee. The Senate. All had their say. And in the end, his was the only voice that mattered.”

Jeff Flake Says He Was Moved By ‘Emboldened’ Women, Drive To Make Process ‘Fair’ | HuffPost Flake reached out Friday to Sen. Chris Coons (D-Del.), who’s a fellow member of the Senate Judiciary Committee, and discussions began. After joining  Republicans on a party-line vote to advance Kavanaughâs nomination out of the committee, Flake then called for an FBI investigation into the accusations against Kavanaugh before a final Senate vote. He made clear that he wanted a probe of “not more” than a week.

“This country is being ripped apart here, and we’ve got to make sure we do due diligence,” he told the committee.

Previous post: A Deeper Look at the Insect Who Is Not President