The Sea of Faith
Was once, too, at the full, and round earth’s shore
Lay like the folds of a bright girdle furled.
But now I only hear
Its melancholy, long, withdrawing roar,
Retreating, to the breath
Of the night-wind, down the vast edges drear
And naked shingles of the world.

Among us traitors large and small are allowed to deface and destroy our heroes and heritage without consequence of any kind. Russia knows how to honor God and their heroes. To those among us who believe “Black Lives Matter” to be their new god, I would say only “This way to the gas, ladies and gentlemen.”

The Church of the Resurrection of Christ , or the Main Temple of the Armed Forces of Russia The height of the temple along with the cross according to the project is 95 meters. The third highest Orthodox cathedral in the world after the Cathedral of Christ the Savior in Moscow (103 meters) and St. Isaac’s Cathedral in St. Petersburg (102 meters) [11] .

All the dimensions of the temple are symbolic and refer to the most important figures related to the history of the Great Patriotic War, the history of Russia and the Armed Forces of Russia.

The height of the small dome is 14.18 meters. 1418 days and nights hostilities lasted in World War II.

The area of ​​the temple complex is 11 thousand m². The capacity of the interior of the temple is up to 6 thousand people. 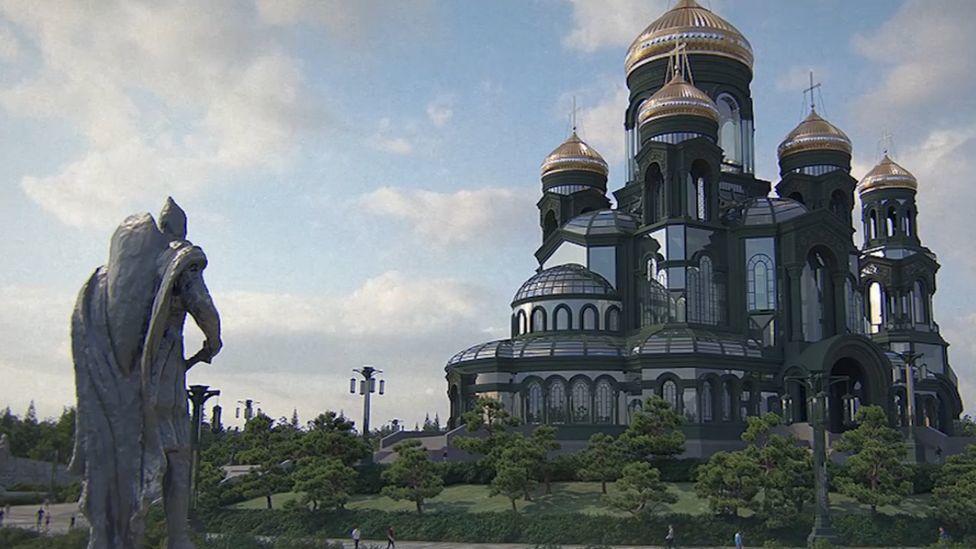 The cathedral itself is riveted together like a weapon of war. Clad in bronze and iron, its towers soar skywards like an array of ballistic missiles. Inside, a huge mosaic of Christ’s stern and all-seeing visage looms down into a gloomy interior with the verdigris hue of a time-worn cannon. Glittering mosaics portray the Holy Virgin and the martial saints keeping watch over Moscow’s World War II defenders, and Russian soldiers in modern uniforms proudly bearing their Kalashnikovs like modern martyrs. 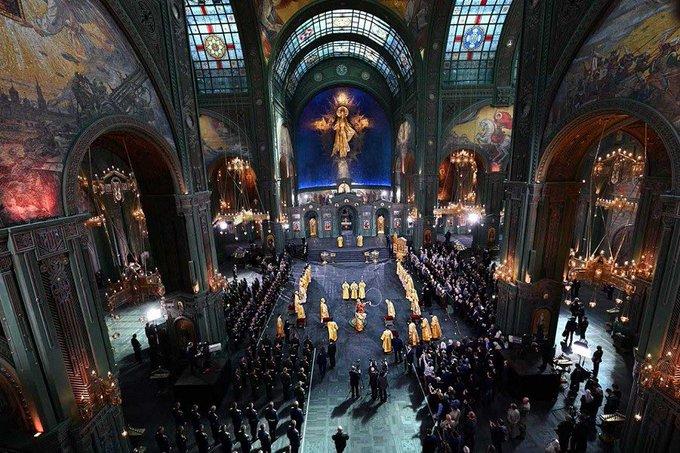 With steel steps leading to the cathedral cast from melted-down Nazi tanks, its gilded domes surrounded by a vast museum to Russia’s military history containing relics like Hitler’s personal uniform, it is a temple to martial glory that goes far beyond Christianity, the architectural equivalent of a steppe khan drinking wine from the skull of a conquered foe. 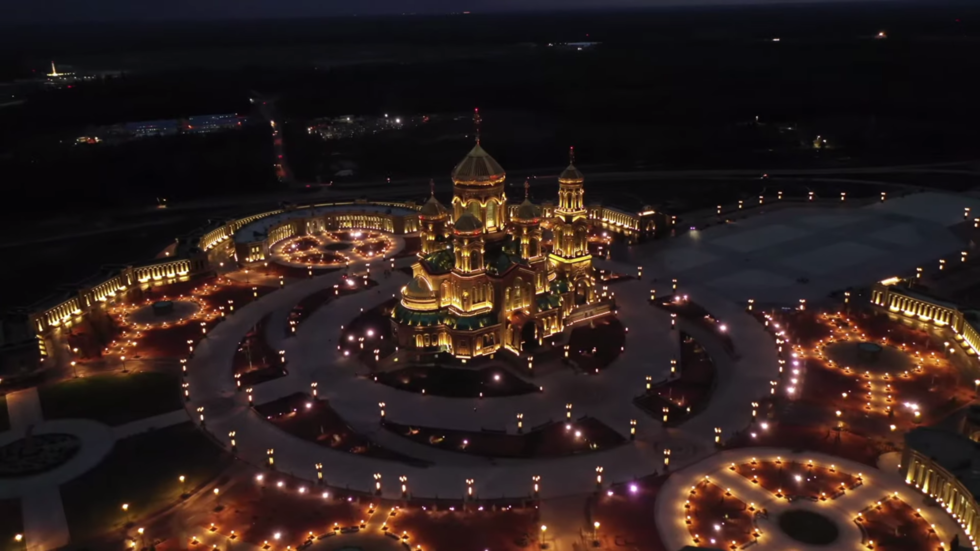 While Russia’s leaders publicly venerate icons of God and state, America’s elite are lost in an orgy of iconoclasm, rejecting their European founding as an original sin, tearing down statues and effacing their own history in an outbreak of civilisational self-harm swiftly adopted on our own shores. It is difficult to imagine what the equivalent monument would be in the Western world. Will the glittering skyscrapers of high finance (owned by Gulf investment funds) which stud the London skyline still be standing in a century? It is difficult even to feel certainty that the United Kingdom, or European Union, or United States will outlast them.

Perhaps it is the case that God is on the side of those with the biggest cathedrals. 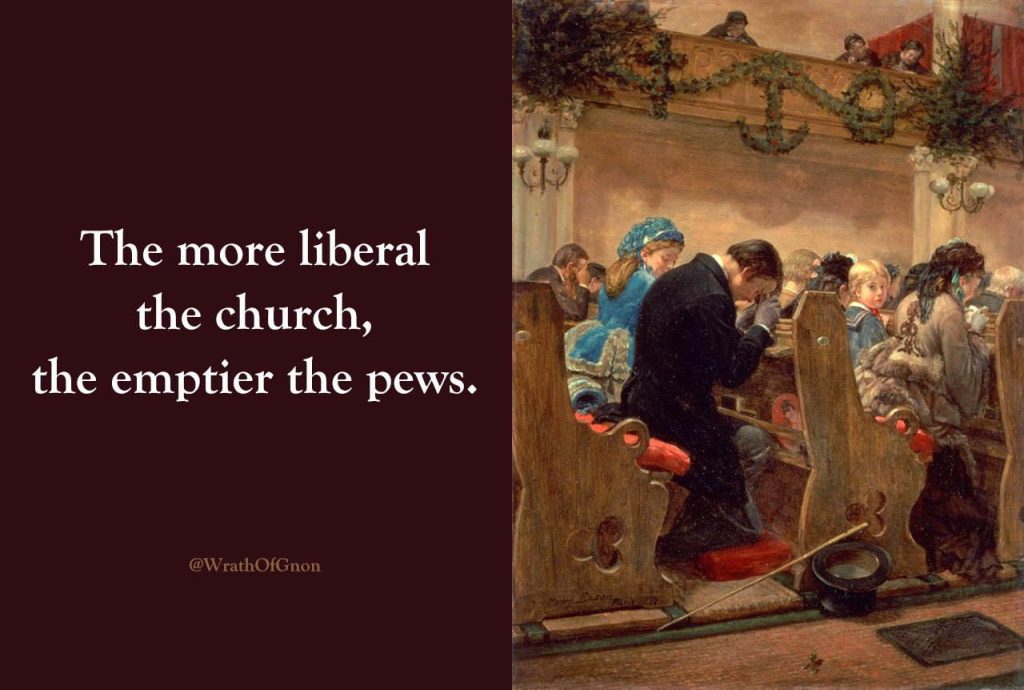 Ah, love, let us be true
To one another! for the world, which seems
To lie before us like a land of dreams,
So various, so beautiful, so new,
Hath really neither joy, nor love, nor light,
Nor certitude, nor peace, nor help for pain;
And we are here as on a darkling plain
Swept with confused alarms of struggle and flight,
Where ignorant armies clash by night.

Next post: Play Stupid Games, Win Stupid Prizes: Shot in Seattle’s CHAZ/CHOP? Prepare to bleed out and die since neither the cops nor the paramedics are coming to save you morons.