Elegy Found in a Seattle Churchyard

A friend told me about this, but I thought I’d go see for myself. It’s a bench above a grave in Seattle’s Lakeview Cemetary. It’s just about 20 yards above the graves of Bruce Lee and Brandon Lee. In this age of vapid celebrity, those graves still receive a constant flow of visitors immersed in vanity. The remains of these celluloid heroes, these men whose life’s work was mere pretending, still have tokens, incense, flowers and other offerings heaped upon them. It’s as if the people who come, not knowing these men in life, seek a deeper unknowing of them in death. It’s not about who they were but who their long trail of mourners were not.

Standing above the Lee graves you can watch their worshipers come and go. They leave their tokens and then pose in groups beside the stones for one last photograph of their brush with dead celebrity.

This grave, on a rise above, is quieter but bears a simple poem on the sides of the bench as you walk around it. There’s no name on the bench itself. That marker is small and off to the side a yard or two. The bench itself is not a monument to vanity, but a simple gift left behind for any who may chance upon it.

If you like you can sit down and rest for a while on the poem cut into the stone. It’s in sun and shade; a pleasant spot to watch the clouds scud across the sound and shred themselves into rain and vapor on the tops of the mountains to the west and to the east.

You might even bring a book and, opening it to a remembered passage, read,

…. For within the hollow crown
That rounds the mortal temples of a king
Keeps Death his court and there the antic sits,
Scoffing his state and grinning at his pomp,
Allowing him a breath, a little scene,
To monarchize, be fear’d and kill with looks,
Infusing him with self and vain conceit,
As if this flesh which walls about our life,
Were brass impregnable, and humour’d thus
Comes at the last and with a little pin
Bores through his castle wall, and farewell king!

An elaborate thought and true enough. But somehow, in this place, the simpler poem on which you rest seems better and more apt even as, below you, the still living fans of Bruce and Brandon Lee pull up in their cars, leave their offerings, and drive away. 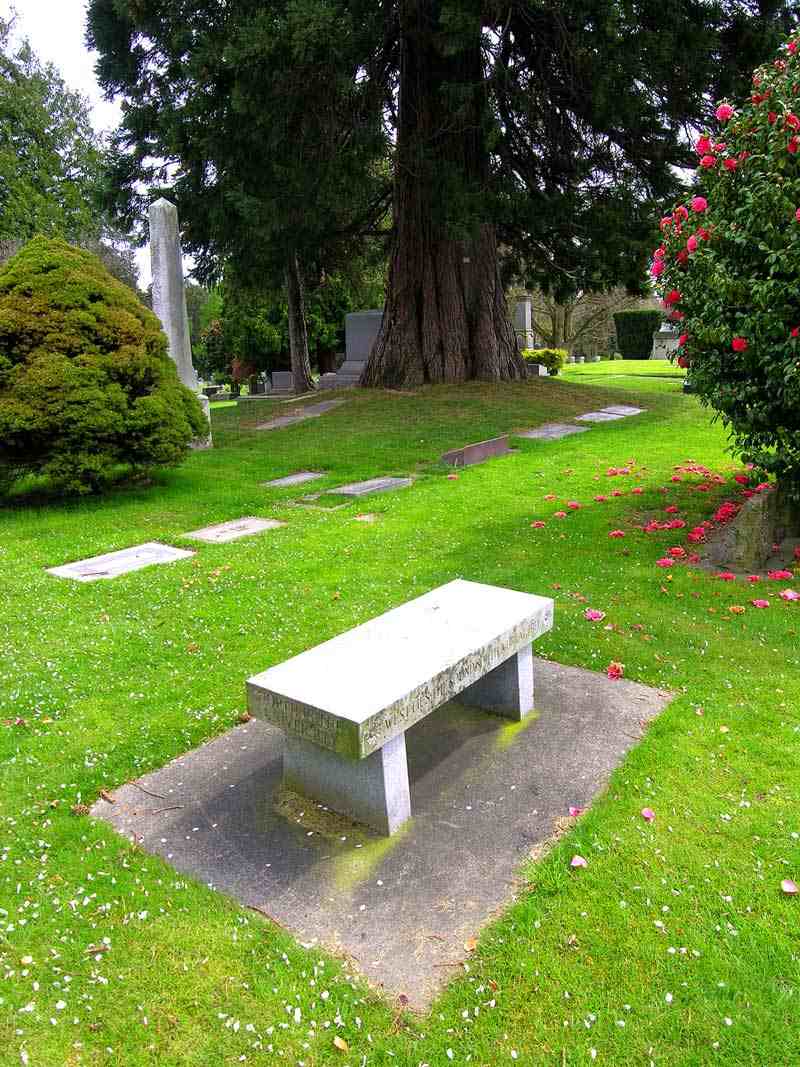 “West lies the Sound. South a great tree.
North is the university.
East the mighty Cascades run free.
All these places were loved by me.”