Drain Bamage: I Guess It’s Going to Be “All About Soul” Forever 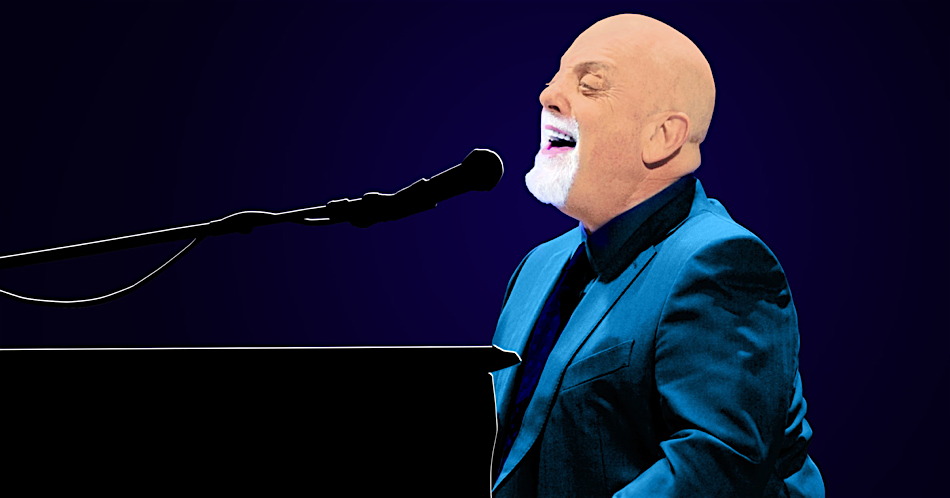 They tell me, in this shaded room where the machines beep softly and the drip feed makes a soft “plop” every minute or so, that I am mad; mad to declare, as I do, that my only solution is to go back in time and strangle Billy Joel in his cradle. They say that I am mad, but I say infanticide is the one ambition that still attaches me to sanity! Like Carthage, Baby Billie must be destroyed!

It wasn’t always this way with me. In fact it all started yesterday on Thanksgiving. Started, as many disasters do, by killing me softly with its love.

The parasite embedded itself in my brain during a vulnerable moment in the postprandial stupor that descended upon me after the third and last helping of Thanksgiving dinner. As the tryptophan torpor of turkey eroded my normal defenses I sat, minding my own stomach, by the warm fire in the study. Next door in the kitchen over a hot hand of Pinochle my host said, “Turn up that Billy Joel song I like.”

If I had known what that meant I would have choked myself with the leftover drumstick at that moment.

But no, I had no inkling of the horror to come. I was drifting through the hideous paragraphs of a tattered paperback novel by Dale Brown, an author who should have gone down with the Old Dog instead of living to write more books. His lulling sentences, so bad they were good, disarmed my natural defenses and so… and so….

In a few moments I heard the beginning notes of my doom. With a lilting melody backed by Thor’s piledriver bass line the following song was hammered into my brain…

In it went. So smooth and unremarked that I scarcely knew it was there. Instead I drifted off into a late Thanksgiving daydream of pecan pie, angels’ wings, dancing hamsters and waltzing kittens.

When I woke I went off to the bathroom for relief and, while washing my hands, I looked into the mirror and thought…. “It’s all about soul.”

I dried my hands and went out into the living room for coffee. As I poured cream into my coffee I watched the white fluid swirl in the dark steaming mug like the long tendrils of stars spattering the intergalactic dark and I thought to myself, “It’s all about soul.”

Later I lay in bed, restless and fitful because, I believed, of all the food I had foolishly eaten. But then my mind, tired of an hour or so of ceiling patrol, stopped me and informed me in no uncertain terms, “It’s all about soul.”

That doleful line, in perfect key, repeated itself horribly for hours and hours until, somewhere towards dawn, I slept.

I awoke in a grey dawn with the vague hope of turkey sandwiches slathered in mayo and topped with crisp lettuce and a smear of cranberry sauce. I walked innocently into the bathroom and put some toothpaste on my brush and began to clean my teeth. I glanced into the mirror and, as the bush went up and down in a familiar tempo, I heard, clear as crystal…. “It’s all about soul.”

I shook it off and went downstairs where the house guests were gathering around the cook of the morning who was turning out one tray of fresh cheese and bacon scones after another. He handed me a plate with three and asked me to take a bite. I did.

“So, what do you think about that scone?” he asked.

My friends came after me and put me out with seltzer bottles. They took me back into the house, wrapped me in blankets next to the fire, and brought me hot buttered rums until I passed out.

I awoke at dusk and looked out through the mullioned windows at the sun setting rouge red behind the leafless trees that framed the sere grass and I reflected, not for the first time, “It’s all about soul.”

And so it went. All that long day.

And the next day.

Last night I was standing in the middle of the women’s sweater section in Macy’s at the local mall. I thought I had finally found a place where I could escape Joel’s incessant insistance in my swollen brain pan that “It’s all about soul.”

Here, at least, the holiday Muzak would bring some shredded morsel of relief to my brain. And then, as if in response to the fading strains of “Silver Bells” I heard the insidious response to this hymn. I heard clearly that Christmas, more than any other day of the year was….

“… all about soul…
all about faith and a deeper devotion…..”

Which is when, they tell me, I began to shout and rave that Billie Joel needed to be the first person visited in my time machine so that he could be strangled in his cradle.

Ranting about strangling babes in their cradles in department stores around Christmas time is not generally appreciated and security was called.

And so here I am, comfortable enough in these restraints. They’ve given me an Internet connection to keep me “occupied.”

I appreciate it. It gives me a chance to post this warning to others as yet unafflicted by this terminal earworm while keeping another window open with this playing on a loop.

It’s a comforting situation. They tell me that, with therapy and the right medication, I’ll soon be eligible for release. There will be a Billy Joel restraining order of course, but I can live with that. When it comes to Billie Joel, I know better than most that it’s not about the singer, “It’s all about soul.”