Cruising for Food at Ten Bucks a Bite 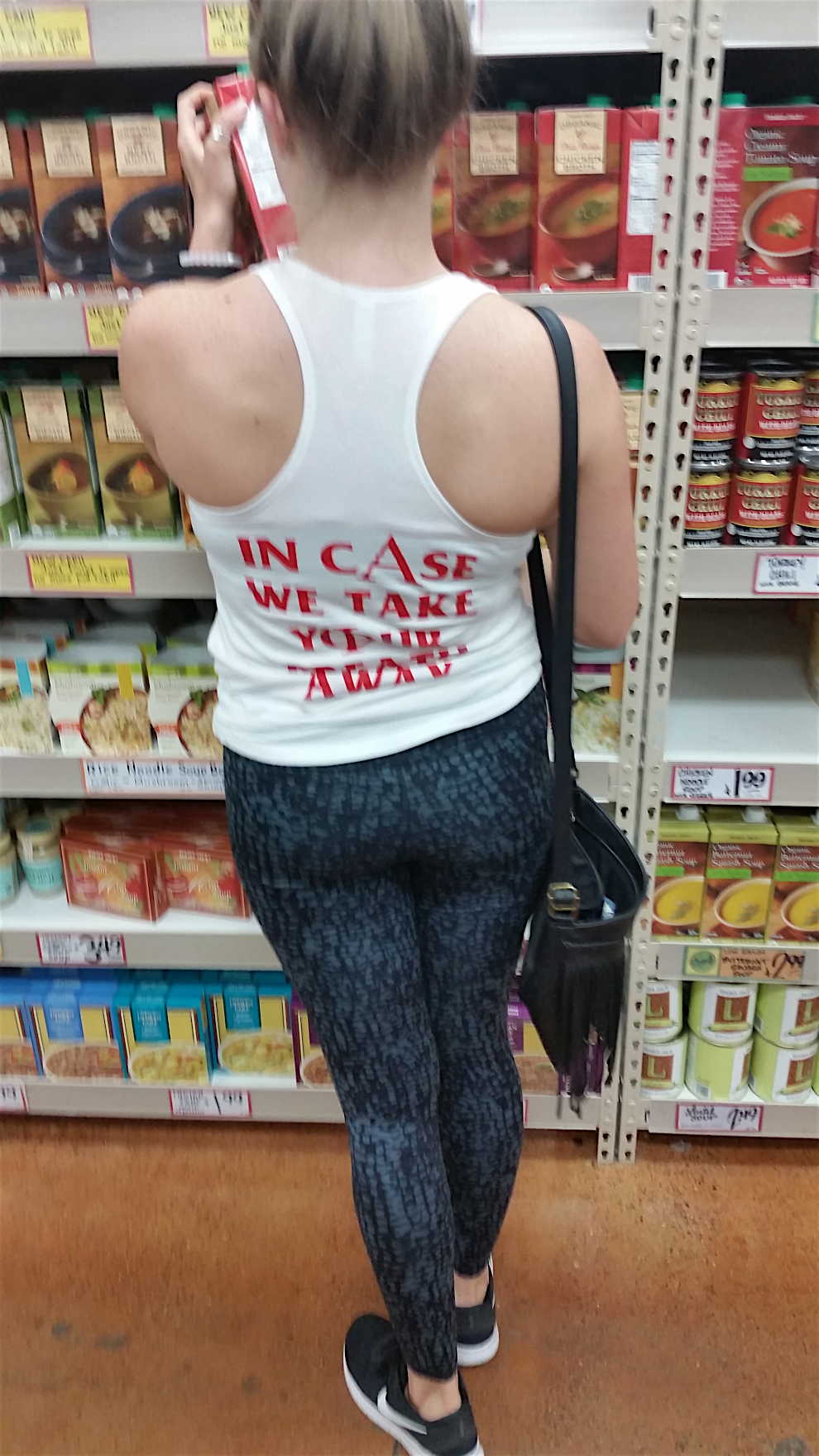 “Every woman in America seems to have gotten the personally addressed memo concerning very tight jeans and/or leggings.”

Sunday afternoon is the time I spend shopping for the week’s basic groceries, as well as for those items that have to be prepared from ingredients as fresh as can be obtained in the present day supermarkets. These present day supermarkets are, if you’ve been on the planet longer four decades, breathtaking in the kinds of packaged foods, fresh meat and seafood, and fresh produce.

In these cathedrals of commerce it seems that every month more and more items from throughout the world are on offer. Ghee! You can now buy ghee in jars. It is true that some special cheeses seem to be coming in at $40 per pound and that the one ounce package of sliced dried mandarin oranges works out to $65 a pound. These items are there if you are so drenched in disposable income that nary a thought of the price to value absurdity of it all can emerge to shimmer the surface of your seething cranium.

From blackberries air-dropped from Peru and pre-stuffed Turducken’s in the freezer rows to the “local sustainable organic” food items that are four times the price of their more plebeian corporate varieties, the sheer variety is staggering to someone who can remember when an orange in the toe of one’s Christmas stocking was a very hard to obtain and expensive fruit for that season.

Besides these somewhat obvious but always striking impressions of how America fares in its current position as the top of the food chain, three other things struck me as I went to three, yes three, different supermarkets on this fine Seattle afternoon in late Spring of the year of our Lord 2014.

First, as a friend remarked a couple of weeks ago, “Every woman in America seems to have gotten the personally addressed memo concerning very tight jeans and/or leggings. This includes the 90% of American women who, if caught dead in them, would die; and yet they too seem to have joined the Cult.”

Second, while a cooling long hot summer brings out a very fine parade of nubile ladies in various stages of revealing and “en déshabillé” clothing, it also reveals Winter’s crop of thoughtless, tasteless, and usually revolting fresh tattoos on areas of the body heretofore thought untattoable. One unfortunately memorable one seemed to be located at above the “tramp stamp” position and was a kind of winged velociraptor baby with a bloody beak breaking out of an egg. It gave one pause.

And then one walked on.

Third was the advent of a new parting phrase from supermarket cashiers. Usually they enquire as to the manner in which your day is going, something to which I invariably answer with an upbeat “Great. Thanks for asking” just to be polite. The ringing up of one’s groceries then takes place and one pays, as one pays for most things in today’s suddenly cashless society, with a debit card. Then the receipt whirrs out of the machine at the end, after it has transmitted the contents of your cart to the supermarket’s headquarters, the local police, and the host of three letter interested parties in the government, and the cashier usually just thanks you by name after glancing at the receipt.

Today this was as it always is but with the addition of the trenchant phrase, “Thanks for coming in.”

An alien visitor to our planet might think that’s simply a coincidence of phrasing, but I take it to be the beginning of some bit of customer-stroking fluff that depraved retail consultants started telling their corporate customers in order to have something to justify their many, many thousands in annual consultant billings. They probably came up with some study that showed that of every 100 customers that you said “Thank you for coming in” 15% more came in again.

It’s bullshit of course, but retail and marketing in the food industry needs a constant stream of fresh bullshit if it is to keep its profit line up. Just as things done to transmogrify kale work as this year’s chipotle, so does “Thanks for coming in” operate as the new “Have a nice day.”

Listen for it at a supermarket near you.

Soon to be a major motion picture.