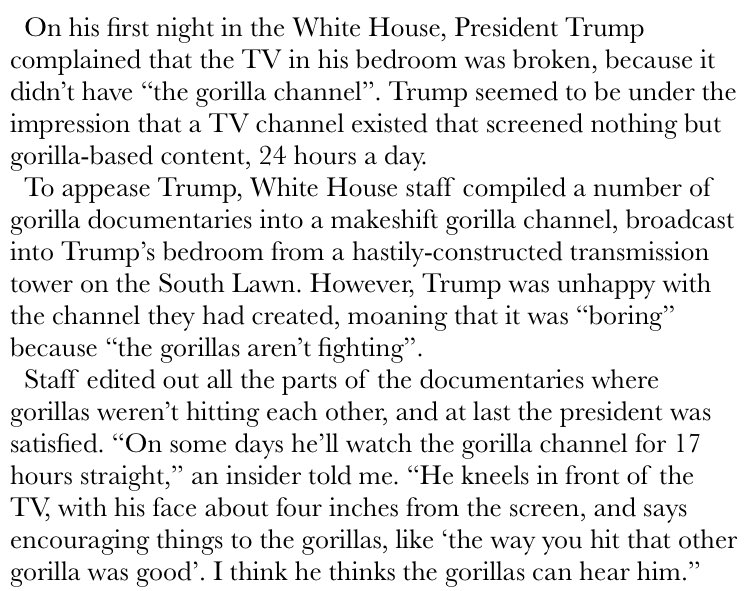 Parody Excerpt from the “Trump’s Just Crazy” book believed to be real by NeverTrumpers across social media last week.

Trump owns the media — lock, stock and barrel. He lives in their heads.  And make no mistake, their hatred for Trump is real.  And if YOU support Trump — they hate you too.  And laughably these pompous-ass elite blowhards claim Donald Trump is the biggest idiot on the planet   yet he keeps kicking their asses.  — Joe Dan Gorman, Hillbilly Rocket Scientist for the 21st Century

Next post: Cold? Wet? Open Up This 62-Year-Old Sleeping Bag in a Can