The Creation by M. C. Escher 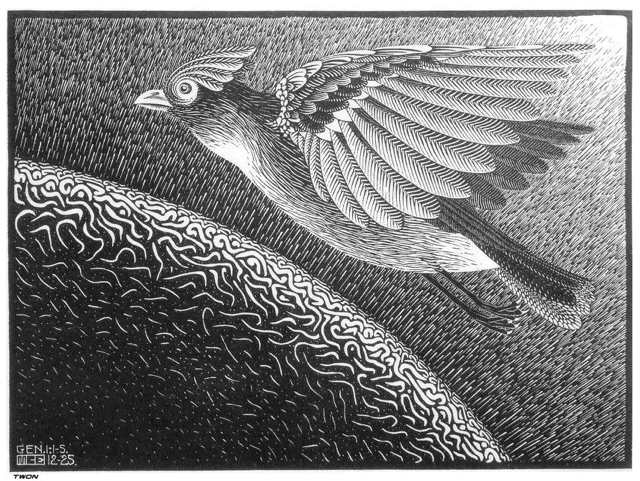 “And the Spirit of God was hovering over the face of the waters.
Then God said, “Let there be light”; and there was light. “ 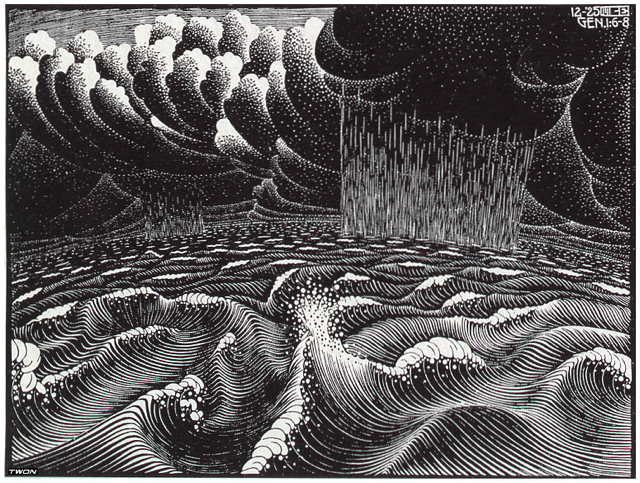 “Let there be a firmament in the midst of the waters, and let it divide the waters from the waters.” 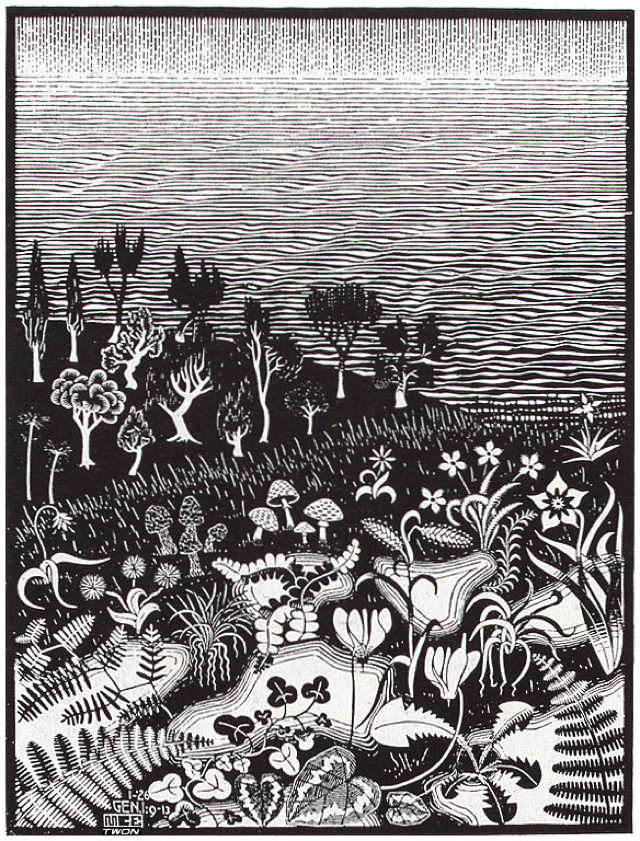 “Let the waters under the heavens be gathered together into one place, and let the dry land appear.” 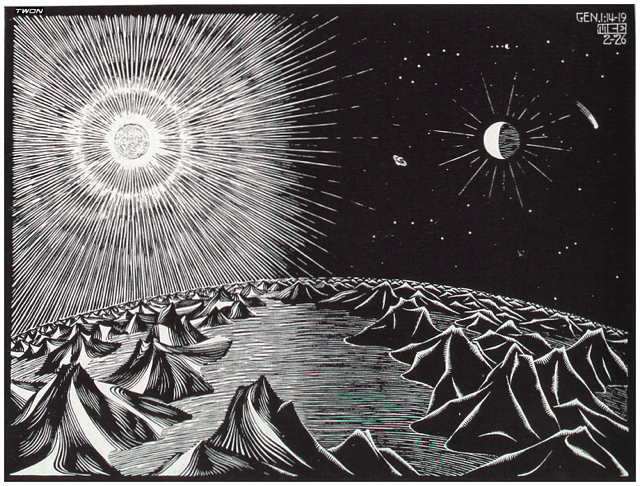 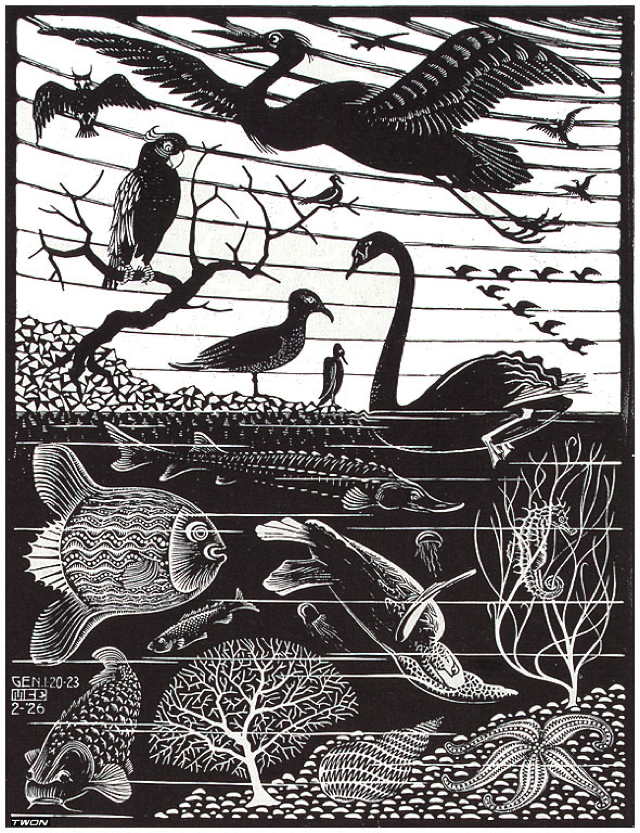 “Let the waters abound with an abundance of living creatures, and let birds fly above the earth across the face of the firmament of the heavens.” 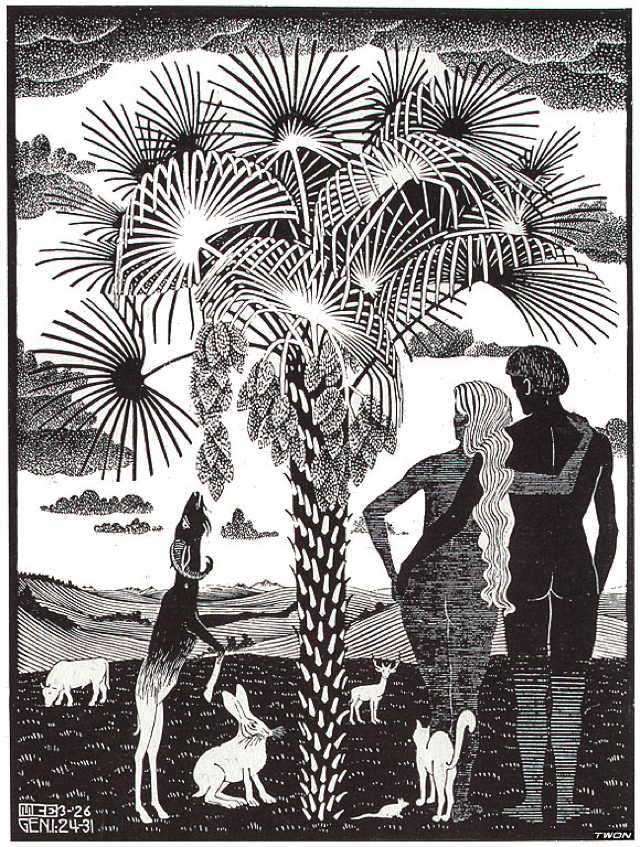 “Be fruitful and multiply; fill the earth and subdue it; have dominion over the fish of the sea, over the birds of the air, and over every living thing that moves on the earth.”

Background: At the end of 1924, Escher and his new bride purchased a house under construction in Frascati, a small town outside of Rome.

The house was finished in March, 1925, but the couple did not move in until October. Shortly after Escher moved into his new home outside of Rome, his brother was killed in a mountaineering accident, and Escher had to go to the site to identify the body. After this tragedy, Escher produced his famous Days of Creation woodcuts.